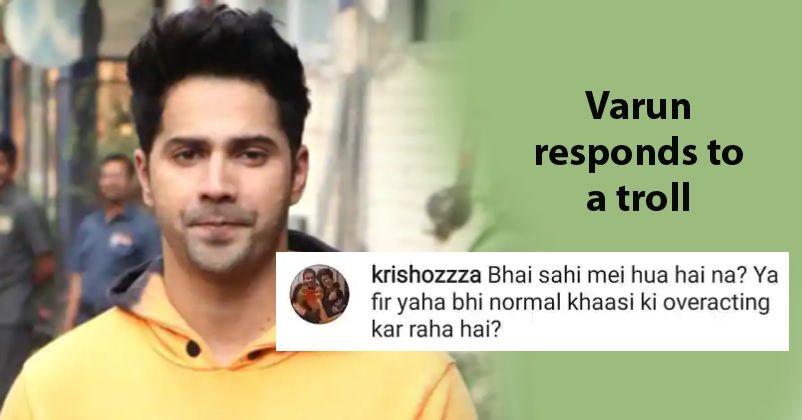 Bollywood actor Varun Dhawan is all set for the release of his upcoming movie “Coolie No.1” which is an adaptation of 1995 released Govinda and Karisma Kapoor starrer flick of the same name. Both the films are directed by David Dhawan, the father of Varun. 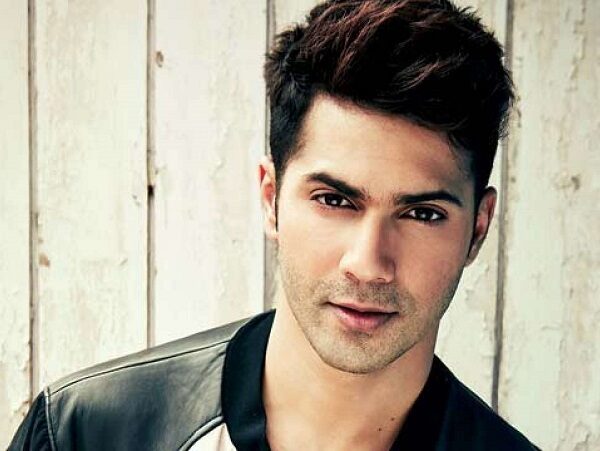 The “Dilwale” actor is not much active on the social media networks and he even doesn’t take trollers seriously but this time, Varun decided to give a befitting reply to a troller who tried to mock him over his disease. There is a bad news for all the fans of the actor as he has tested positive for COVID-19. However, an online user makes fun of him and asks whether he has really got infected or is just doing overacting.

Varun responds in a perfect manner by telling the troller that he is very funny and has a great sense of humour, adding that he really hopes he and his family don’t go through what COVID-19 infected people undergo but the family members of the troller will certainly go through his sad excuse of humour. In the end, Varun wishes the troller to get well soon. 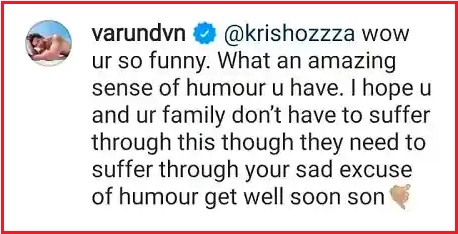 Varun made a new post with new photo after deleting the old post with the similar caption. In his new post, Varun is seen sporting a beard which may be required for his movie “Jug Jugg Jeeyo” for which he was shooting in Chandigarh. In the caption, he wrote about contracting the lethal virus despite the fact that the production carried out all the safety protocols. He asked everyone to be cautious and also thanked for the get well soon wishes.

Here is what the caption read, “So as I returned to work in the pandemic era I have contracted #covid_19 All precautions were taken by the production but still nothing is certain in life especially not covid-19. So please be extra careful I believe I could have been more careful. I see the get well soon messages and my spirits are high taking each day at a time thank u.”

Along with Varun, the “Jug Jugg Jeeyo” cast includes Anil Kapoor, Kiara Advani, Neetu Kapoor and YouTuber Prajakta Kohli. The news of them getting infected with coronavirus was doing rounds from a couple of days. Other than Varun, Neetu Kapoor and Raj Mehta who is the director of the movie have also tested positive for COVID-19. Fans of Neetu Kapoor will see her back on screen after 7 years as “Besharam” was her last movie in which she worked with her late husband Rishi Kapoor and son Ranbir Kapoor.

We wish them all to get well soon.

Kangana Ranaut & Diljit Dosanjh’s War Of Words Sets Twitter On Fire With Rib-Tickling Memes
“I Have Lost A Job & Not Been Cast In A Part Because I Look Too Good,” Says Dia Mirza