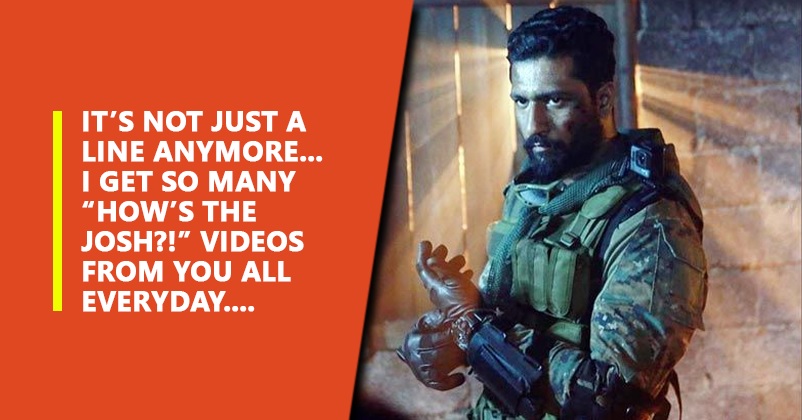 Vicky Kaushal is one actor who has shined in all the roles that he has got to play, whether they are supporting or lead ones. He has once again proved his capability in movie “Uri: The Surgical Strike” which is going to touch the 200 crore mark very soon. It is the third week of the flick and it has beaten films like “Sanju”, “Simmba” and “Padmaavat” as far as the earnings of the third week are concerned.

There is one dialogue in the movie which has become very popular and people including kids are speaking it on various occasions. Yes, you guessed it right! We are talking about “How’s The Josh” and it was also used by the Indian Finance minister Piyush Goyal while presenting the budget in the Parliament.

Actor Vicky Kaushal has written a heart-touching post to his fans and followers and thanked them for making this dialogue so famous. According to him, he has been receiving and watching so many videos every day and he feels that it is no more a dialogue but an emotion now. 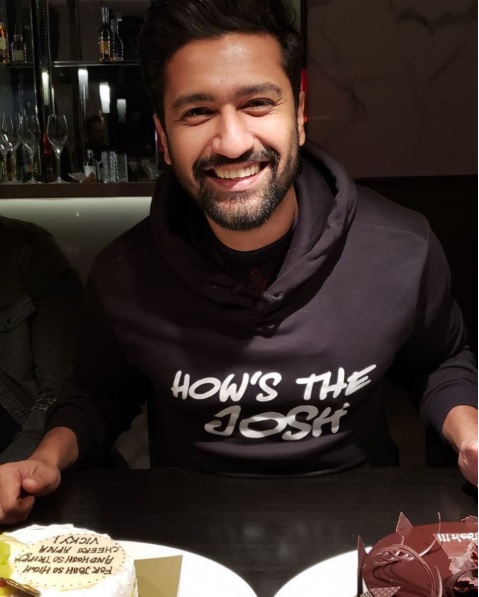 “It’s not just a line anymore… I get so many “How’s the Josh?!” videos from you all everyday, each one made with so much love and passion, from schools, colleges, cafes, work places… from people fighting the cold in minus temperatures to people sweating it out in the gym… from conference meetings to marriage ceremonies… from a 92 years old grandmother to a 2 years old kid… from even our Jawaans in the armed forces. It’s not just a line anymore, you all have turned it into an emotion… an emotion so strong and special, I’m going to cherish for life. Thank You everyone. इस प्यार और सम्मान के लिए तहे दिल से शुक्रिया। ❤️🙏”

The other actors who played important roles in the movie are Paresh Rawal, Yami Gautam and Mohit Raina.

Sakshi & Anushka’s School Days Pic Is Going Viral. Can You Identify Them?
Ranveer Dusts Off Deepika’s Jeans & Then Kisses Her. People Badly Troll Him For PDA & Show Off