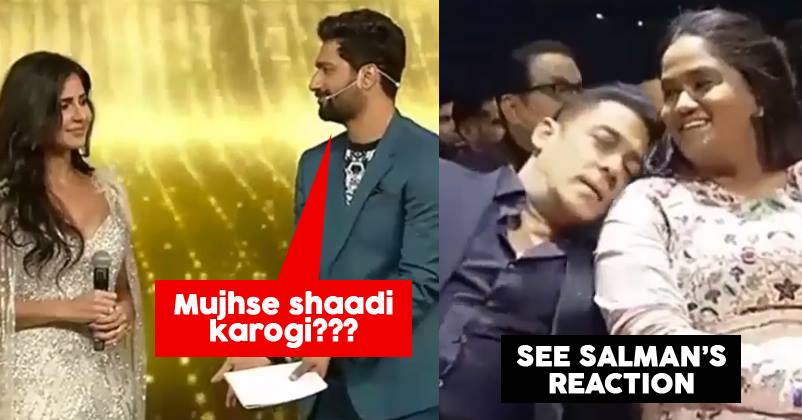 Indian award functions are all about jokes, drama and star performances. A video from recent award functions is all over the social media and it has everything for your entertainment. 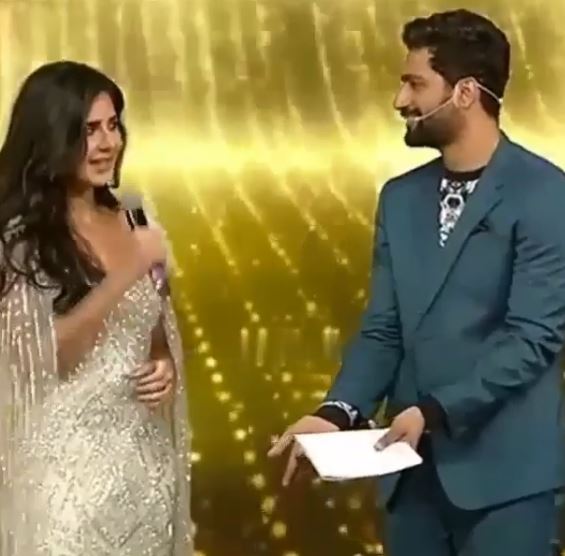 The video shows Vicky Kaushal proposing to Katrina Kaif and Salman Khan’s reaction is just icing on the cake.

It so happened that Vicky and Katrina were on stage and suddenly Vicky asked Katrina, “Why don’t you find a nice Vicky Kaushal and get married to him?” He continued and said,”The season of weddings is on, so I thought, you too would want to do the same and so I asked you.”

Katrina smiled and asked, “What?”

All this while, Salman Khan had a really interesting reaction. Vicky replied to Katrina and sung “Mujhe Shaadi Karogi” for her. At this moment, Katrina couldn’t stop blushing and Salman acted like sleeping on the shoulder of his sister Arpita. Katrina suddenly said, “I don’t have the courage” and that’s when Salman suddenly got up to listen to the answer of Katrina. 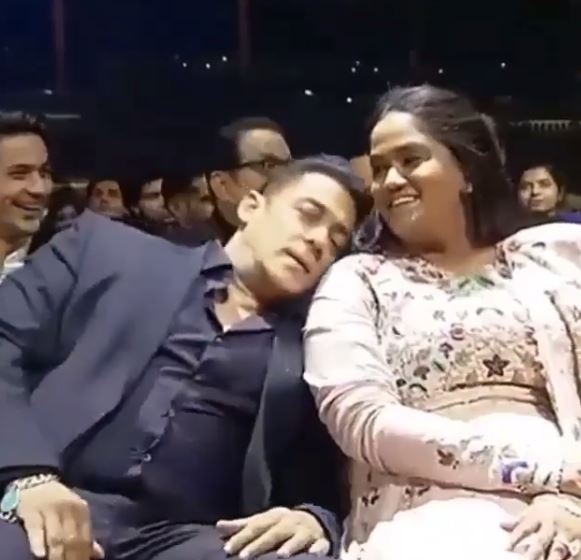 Kapil Sharma’s Fees For The Kapil Sharma Show 2 Has Reduced Badly. Can You Guess The Amount?
This Is What Amrita Singh Has Told Daughter Sara Ali Khan About Contacting Kartik Aaryan On Instagram