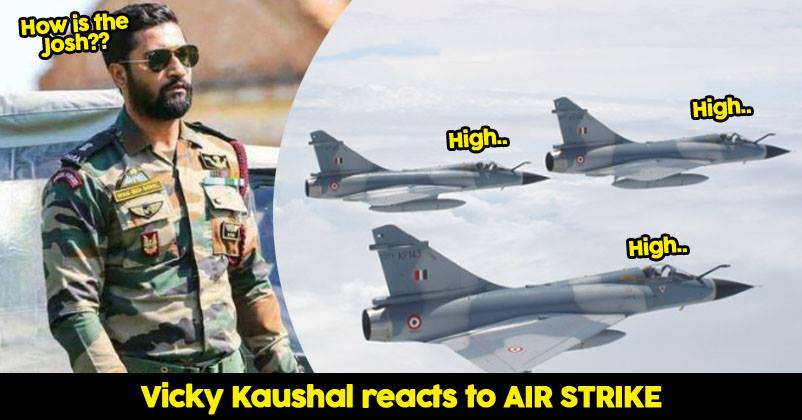 Indian government finally avenged the Pulwama attacks as IAF banged Pakistani terrorist camps with 1000 KG bombs on Tuesday midnight. It was reported that the attack destroyed major launchpads of JeM and also their plans but didn’t cause harm any civilian harm.

Soon after the attacks, social media was flooded with congratulatory tweets and posts from people all over the nation. Bollywood celebs also came out and expressed their happiness.

Salute to the #IndianAirForce and our Intelligence Department. #IndianStrikesBack . Jai Hind 🇮🇳

Salute to the #IndianAirForce and our Intelligence Department. #IndianStrikesBack . Jai Hind 🇮🇳

It’s indeed a moment of celebration for the whole nation and a strong message to terrorists. This is a new India. It won’t stay silent and will give a strong reaction to any kind of provocation.

Continue Reading
You may also like...
Related Topics:IAF, Vicky Kaushal