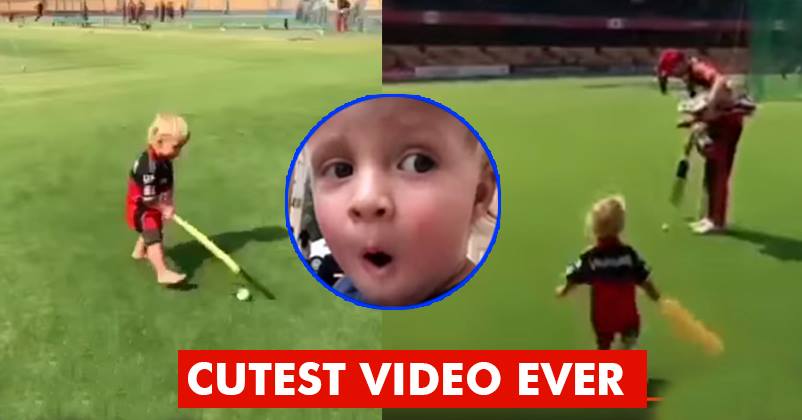 Royal Challengers Bangalore is gearing up for a nail-biting match against Kolkata Knight Riders this Sunday and their practice sessions had something very interesting to look forward to.

Their ace batsman AB de Villiers was doing his practice sessions with his cute son Abraham. The video featuring the two have gone viral.

The cute munchkin was seen holding a toy cricket bat and seen playing around with it. He was cheering for his father’s team ‘Go RCB’.

The cricketer is married to Danielle Swart and their son Abraham is cuteness defined. Ab de Villiers just recovered from injury and came back. He is in good form as he has already scored 137 runs with an average of 68.50, the strike rate of 141.23 (statistics as per the 3 matches he has played so far for RCB).

Now, this definitely makes our weekend interesting. Keep coming with such cute videos, what say people?

Cricket Fans Will Love This Emotional Chat Between Kohli & Afridi! It’s Heartwarming!
Aarti Had The Most Romantic Anniversary Wish For Sehwag! His Reply Was Equally Romantic!