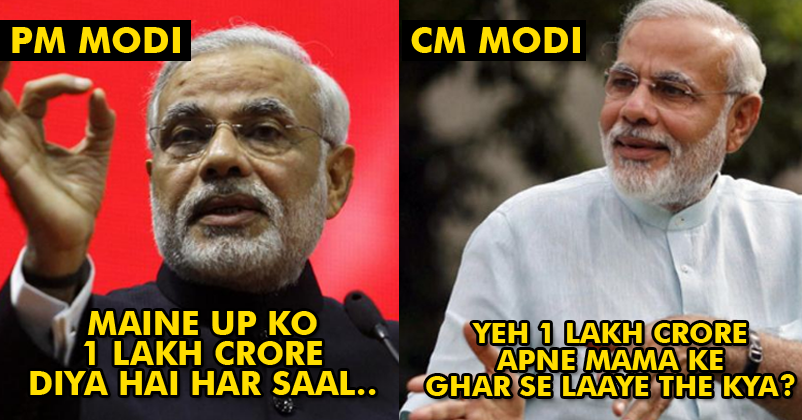 Nowadays, Prime Minister Narendra Modi is addressing Parivartan rallies in the election bound states and Uttar Pradesh is one of them. While addressing a rally in the capital city of UP, Lucknow, PM Modi says that since his government has come into power, UP government has been given Rs. 1 lakh crore each year which means that in 2.5 years, nearly Rs. 2.5 lakh crore have been given to UP government and it is not a small amount. He implies to say that UP government has not made proper use of this money.

At that time, he used to ask whether the money given by the Central government had come from the house of the minister or do they think that Gujarat public is asking for alms?

.@narendramodi said he gave more than 1 lakh crore rupees to UP Govt in each year which CM Modi didn't liked & Trolled him 😉😂😂 #LooteraModi pic.twitter.com/ZG4V2PGlCa What do you have to say in this connection? Share your views in the comments section below.