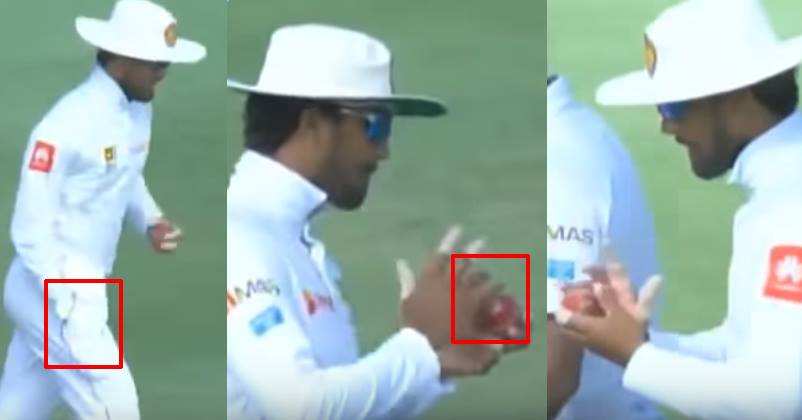 Strict action was taken against them. The whole cricketing world was shocked over the tampering scandal. Well, a similar controversy has been reported and this time, it is Sri Lankan skipper Dinesh Chandimal. Yes, a video has surfaced online and guess Chandimal is in serious trouble.

ICC has charged him with the ball-tampering offense. This happened on the 2nd day of the 2nd Test match against West Indies in Gros Islet Stadium. The ball’s shape was somewhat unusual.

Due to this suspicion, the umpires changed the ball. Dinesh Chandimal and his team was frustrated over this, which is why there was a 2 hour delay on the 3rd day.

However, Dinesh Chandimal didn’t accept the charges put by ICC. But the video that is being circulated online shows Chandimal doing something with the ball.

Firstly, he scrubbed the ball in his pocket. After that, he is seen using his saliva to tamper it. It is suspected that the saliva consisted of some sweet element through which the ball could.

You can’t miss to watch this video;

We will keep you updated with the same. what do you have to say about this alleged ball tampering incident?