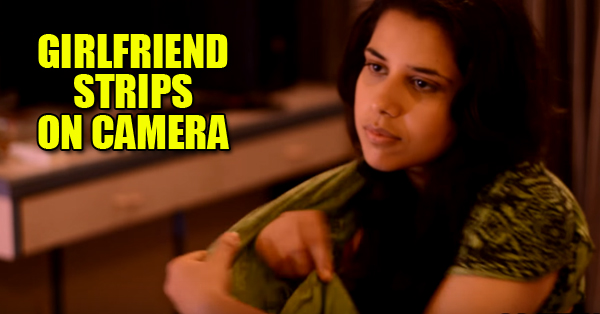 Guys would remain guys, until they are made to realize their fault! Yes, this is what the video by So Effin Cray highlights!
The video starts with a couple entering the bedroom, which gives a romantic feel. The guy just can’t stop appreciating the girl’s hotness. He asks her to show her hotness in front of the camera on which she agrees. She is seen wearing a T-shirt and says that whoever she meets says she looks quite hot in T-shirts.

On that, the girl simply says just one statement… This makes the guy change his decision! To see this, view the video!