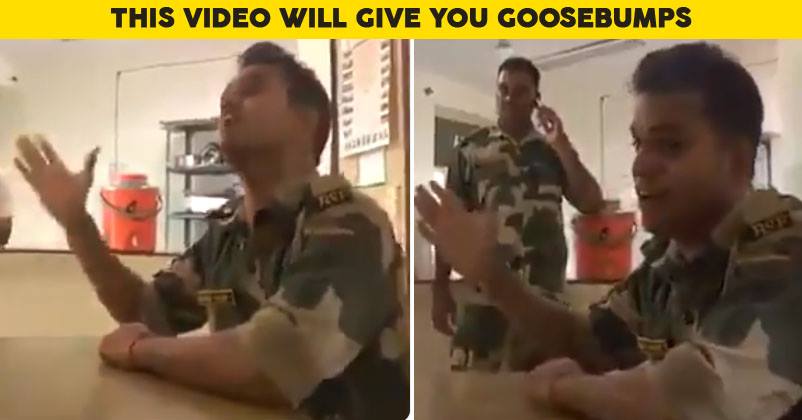 If you ask me, one of the most memorable films of my childhood was Border. If anything, Sunny Deol should be proud of being a part of such a film which to say the least, is a landmark movie in Indian cinema.

Do you remember the song from Border, “Sandese Aate Hai”? The very thought of the film is enough to give me goosebumps.

I was quite young when the film came out, and all that stayed with me was this song. Every time the song came on TV, I would smile and hum along. Songs come and go, but these memories remain. 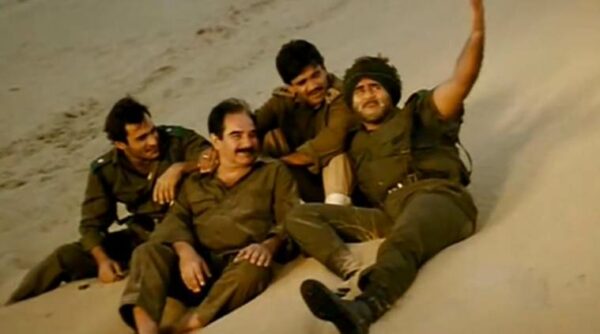 Think about the army guys on duty. They spend their days away from their loved ones, braving the harsh conditions, and for what? So that you may sleep peacefully at night!

You know, it’s not just the song that strikes a chord, it’s the emotions hidden behind it. The harsh reality, conveyed through a soul stirring melody.

Now, a video of BSF soldier singing the song has gone viral.

It is not just his voice that has us mesmerized. It is the feeling, the sentiment hiding in his voice, and those listening to him sing which has hit us right in the heart.

And we aren’t the only ones. Check out how Twitter reacted:

Legend doesn’t need any caption @BSF_India Salute to you sir

i got goosebump while listening to him…so beautifully he sang that song..

The other & better side of soldier….
The song itself was ahead of its times in late 90's…well sung.
Jai Hind 🇮🇳🇮🇳🇮🇳🇮🇳

Lovely. Wish you all lot many happy times. All forces

Proud of you sir. BSF jai jawans.
U people r the real heros of this nation. What a song I am in tears.

Jawans sacrificing their everything for us, proud of you sir. But people of this country makes more popular of a movie trailer than ur performance. Ashamed. We love you INDIAN ARMY. BSF we salute you pic.twitter.com/Vo9lvWM9GZ

He would be the TRUE one and his co brothers to have FELT each words they sang! Vande Mataram!

We feel the same way. What about you?

Shikhar Dhawan, Dhoni And Kedar Jadhav Take A Dig At Hardik Pandya. Are They Saying They Would Rather Drink Tea Than Coffee?
Karan Johar Responds To Getting Trolled For Controversies, This Is What He Feels About Trolls