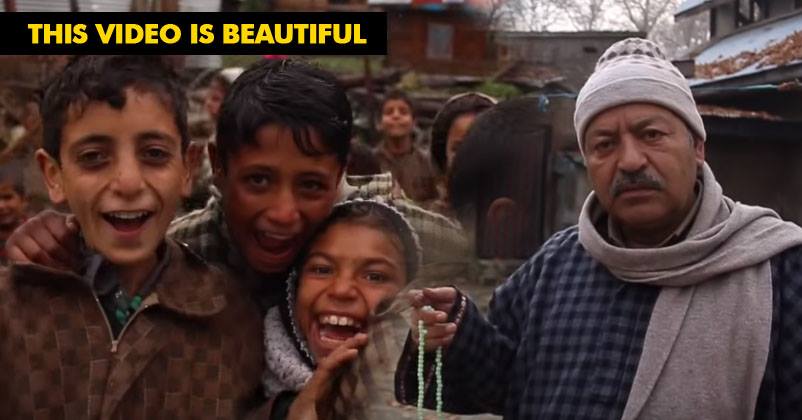 In the aftermath of the Pulwama attack, one major aspect has been grossly ignored by politicians, by the media and by the nation at large. What is it, you wonder?

No one really seemed concerned about the impact of the Pulwama tragedy or the series of events that followed on the innocent Kashmiris, who have probably been living in fear since.

Not just Pulwama, for Kashmiris, life is no less than a pandemonium as tension and strife mounts between the two nations. India and Pakistan may be at conflict, but it is Kashmir that is caught in the cross hairs.

Following the release of the Indian Wing Commander Abhinandan Varthaman by Pakistan, the friction between the two countries has been simmering down. The cry for peace following the air strike carried out by India was evident on Twitter as several Indians and Pakistanis began tweeting with the hashtag #SayNoToWar.

A 23 year old student, Srishti Tehri who describes herself as a travel blogger, has come up with a video which documents life in Kashmir. She has beautifully attempted to capture the essence of life in panic-stricken Kashmir.

Amidst all the chaos between India and Pakistan, I hope you choose humanity. . I hope you understand the consequences of what you demand. Millions of lives will be affected. The environment will be harmed. The economics of both the countries will be in shambles. Aren't you done being a keyboard warrior? Aren't you done with all the hate? Hate ignites more hate. You're humiliating Kashmiris to go back to their state, deeming them jobless and expecting nothing would go wrong. Are you sure? . We are a nation. We are in it together. Don't let someone who has nothing to do with the circumstances, suffer. Stand for what's right, no matter what the media tells you. Do what's right, do as your heart tells you. . Today, I hope you choose humanity. #SayNoToWar 🙏🏼

Through her video, she also makes it abundantly clear that war would cost both countries dearly. She puts a human face on the cry for war as her video featuring Kashmiri children goes viral. The video is bound to strike a chord with you.

Apart from striking visuals and breathtaking scenery, Tehri is seen interacting with several children living along the border on the Indian side. Maybe watch this video before you demand war against social media?

I don’t know about you, but this surely brought tears to my eyes.

Continue Reading
You may also like...
Related Topics:INDIA-PAKISTAN, Kashmir, Say No To War, Srishti Tehri

BJP’s Official Website Got Hacked, Hackers Used Queen’s Song And Memes To Troll Them.
Pakistan Finally Takes A Strict Action Against Terrorists. This Is Really Worth Praise