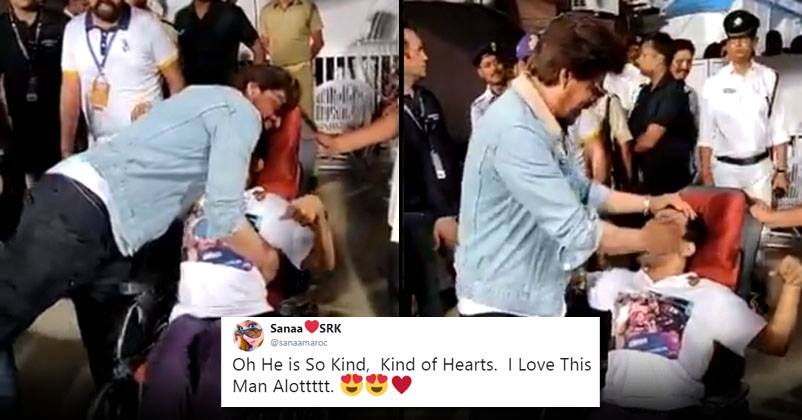 Bollywood superstar Shah Rukh Khan enjoys super stardom all over the world, even according to BBC, he is the most popular actor on earth. He has a superb global fanbase including international icons like DJ Snake and Chris Martin. For his fans and followers SRK is an emotion and not just their favorite actor.

Recently, during the Indian Premier League (IPL) match in Kolkata’s Eden Gardens, between Sun Risers Hyderabad and Kolkata Knight Riders, a video went viral where King Khan is hugging one of his special fan. King Khan was there along with actress and co-owner of KKR, Juhi Chawla, cheering his team towards victory. 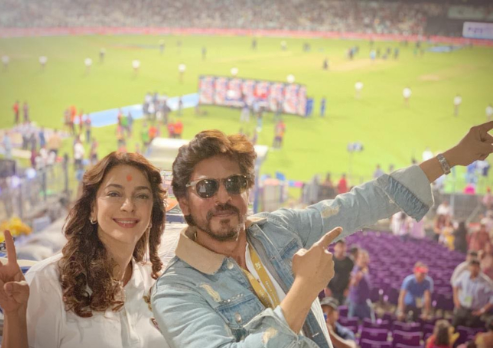 Here he met a differently abled fan, Harshul Goenka who happens to be his fan and a great cricket enthusiast as well. King Khan made a small appearance on the big screen, where he was giving his enthusiastic and happy fan a sweet kiss on his forehead. Even in that video, SRK’s happy fan was heard saying ‘I Love You’ multiple times.

Shah Rukh Khan’s gesture won hearts all over. His fans are loving it.

According to sources, last year also Harshul was seen cheering for his favorite team when SRK himself met him and also clicked pictures with him. SRK Universe donates Rs 5000 towards Harshul, everytime his favorite team wins. Even cricketer Dinesh Karthik donated Rs 1 lakh to him, earlier.

Such an angel our Shah is ♥️

Makes me so emotional seeing his meetings with Harsh! May Allah bless our special Knight Rider and bless our King Khan always 💕 pic.twitter.com/bPKIcRS2ev

This kind of love…😭😭😭 Shah you are truly an inspiration…n this is why you are SHAH RUKH KHAN ❤️❤️ @iamsrk sir….ye Dekh k…sar Aapne aap jhuk jata hai izzat mein..😭😭😭😭😭😭

Such an emotional video again of SRK and Harsh❤️

Lots of love and hugs to srk the king of Bollywood. Respect 😍😎

This is a golden hearted man

So nice to see it– keep it up SRK

AR Rahman To Compose India’s Marvel Anthem For Avengers: Endgame? Here’s Everything You Need To Know
This Election Season Get The Best Hit Of Reality , It’s Time To Make Our Voice Heard Coz “Public Sab Janti Hai”.