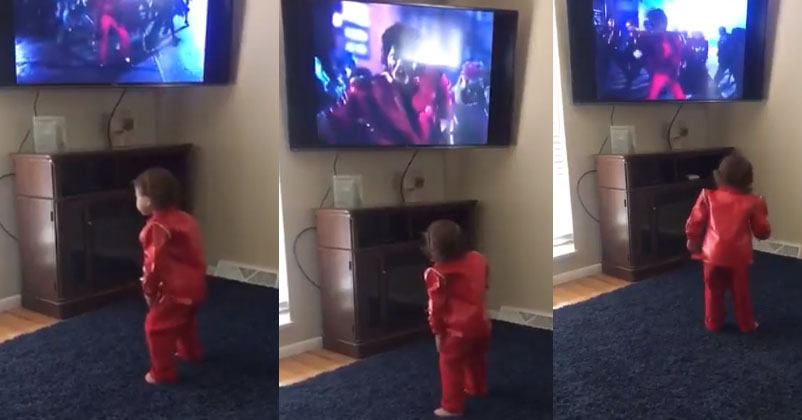 Michael Jackson, the King of Pop, may not be in this world physically but he is still alive in the hearts of his fans. Even today when we talk about the great dancers, it is impossible not to talk about MJ so it is no surprise that even the kids of today are watching Michael Jackson’s videos and copying his moves. 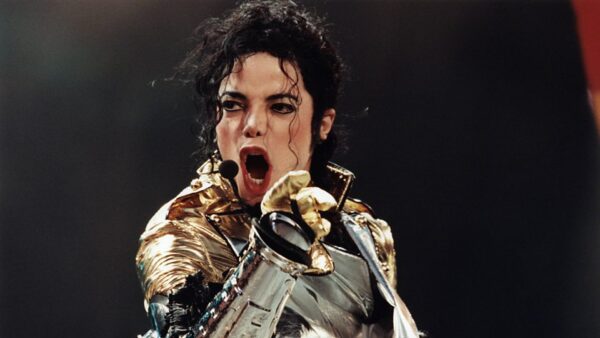 A video is going viral on the micro-blogging site Twitter in which a kid is seen watching MJ’s Thriller on television and he is trying to copy the moves. The little boy is also wearing the Thriller jacket that was worn by MJ for his video.

my brother thinks he’s michael jackson and he got a jacket to match🤣😍 pic.twitter.com/IOVPaUzio9

This video has been shared by a Twitter user Kalie with caption, “My brother thinks he’s Michael Jackson and he got a jacket to match🤣😍”.

The video has gone viral as it has been liked by more than 250K viewers and shared for over 75K times. Many online users loved it while some people were amazed to see that the little kid was not afraid of the monsters and zombies shown in the music video.

This is how Twitter praised the boy for his adorable moves and love for Michael Jackson:

send love to your little brother the mini MJ ! how lovely

Only one person can be dead for 10 years, have so much BS controversy and still be able to influence new generations.
This is absolutely adorable. He’s so talented ❤️

Michael Jackson would've adopted him if he was alive! He's an inspiration to many! His legacy was built to survive! Long live the King! ❤️❤️❤️

My nephew loved MJ too !! ❤ his mom made him that jacket ❤❤❤ pic.twitter.com/2SyycqT6F0

Adorable!! He's got the moves down for sure, but what stands out for me is that a kid his age is not the least bit fazed by the monster make-up & zombies. At that age, my kids were a little bit scared watching. At 31, 29 & 26, they recently got over it. 😂

Adorable! And that jacket 👌 He's killing it!

This part killed me 😂. He was on key and everything 🔥😂😂 pic.twitter.com/yHPcyTV8N4

He does it better than l and I’ve been trying since the video first came out .😂

Kalie posted one more video in which her brother is seen saying, “I am Michael Jackson”.

Too cute to miss! What do you say?

If Games Were Treated Like Studies: This New Video Will Help You Live A Life You Always Wanted
This Funny Version Of Sacred Games Shows What Happens When Gaitonde Goes On Blind Date