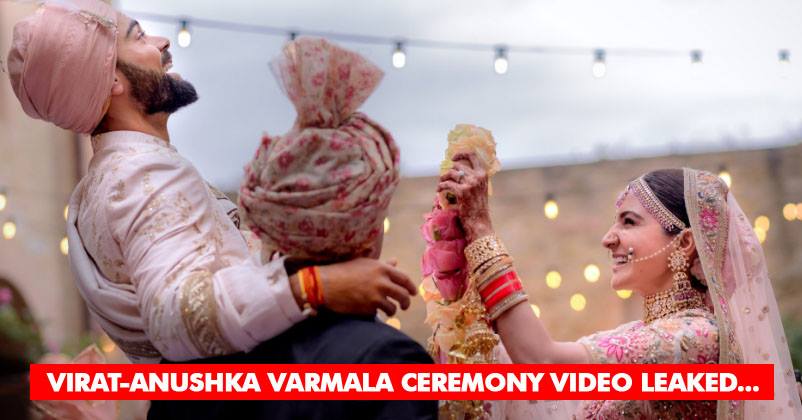 Virat Kohli and Anushka Sharma are officially married now and have put an end to all reports and rumors. Their secret wedding has made millions of fans across the country excited.

We had jitters when we first heard this news but when we saw their pics, we got a magical feel.

Couple of hours back, Virat and Anushka officially announced this news on Twitter and wrote,

“Today we have promised each other to be bound in love for ever. We are truly blessed to share the news with you.This beautiful day will be made more special with the love and support of our family of fans & well wishers. Thank you for being such an important part of our journey.”

They shared some awesome pictures on social media and captured our hearts. Both of them looked amazing together; after seeing few pics, we all are yearning for more.
Amidst all this, a leaked video from their Jaymala ceremony is going viral on social media. 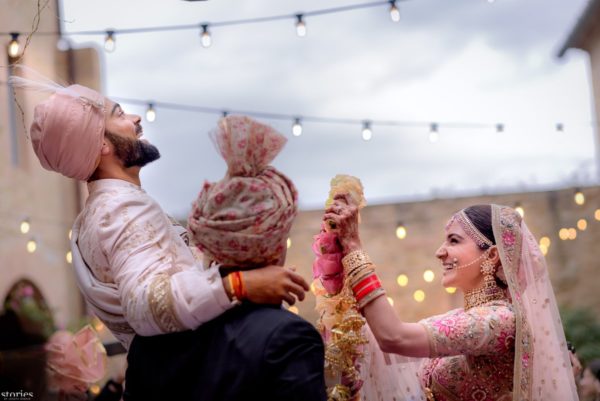 The ceremony was too much fun & we could make it out seeing the sneak peak itself.

Watch it right away…

And here’s one more video from another ceremony, in which Anushka is looking sweet in her red outfit…

@AnushkaSharma looking so beautiful in the Red saree. They both have kept the looks so simple 😍😍 #VirushkaWEDDING @imVkohli pic.twitter.com/Gdybw23jcT

We wish the couple a happy life ahead. Congratulations to Virushka!

It’s Official. Virat & Anushka Are Married & Pics Of Their Dreamy Wedding Are Out
First Full Pic Of The Couple. Anushka Sharma’s Wedding Lehenga Is Looking Beautiful