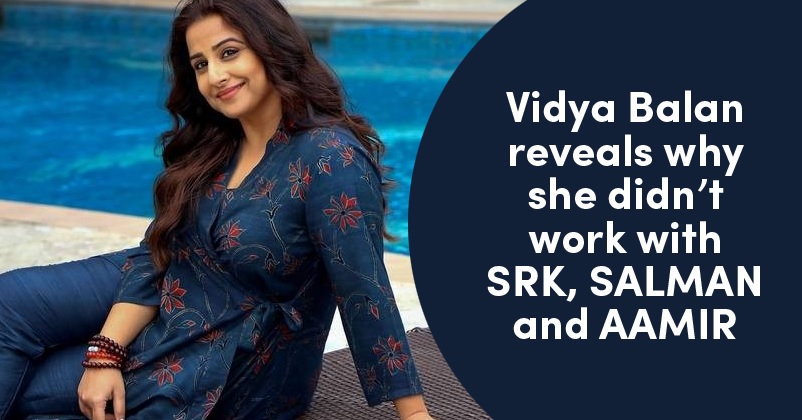 Whenever there will be a discussion about the actresses who can play any role to the perfection with ease and supremacy, the name of Vidya Balan will definitely crop up as we have seen her s*nsual side in “The Dirty Picture”, emotional trait in “Parineeta”, her funny personality in “Bobby Jasoos” and many more. 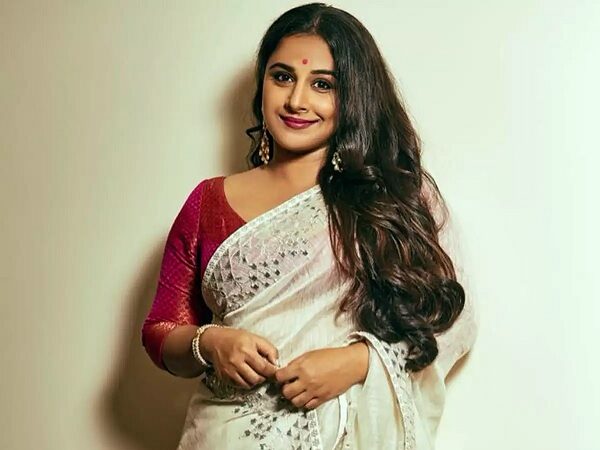 The actress who started her career from a television comedy show has given a number of memorable and amazing performances to the Hindi film industry but her fans wonder as to why she has never worked with the Khans – Shah Rukh, Salman and Aamir. She worked in “Salaam-e-Ishq” which also starred Salman Khan but they were not casted opposite each other in the multi-starrer flick.

When Vidya was asked about it, the actress gave a straight-forward reply. She thinks that the moviemakers don’t even consider her for the roles opposite to A-list actors. However, she also says that she loves to be a part of the films with good content and enjoys being the most important character of the flick.

She also talks about her last movie “Mission Mangal” in which she has worked with the A-list actor Akshay Kumar along with some other actresses such as Sonakshi Sinha, Taapsee Pannu, Nithya Menon and Kirti Kulhari. Vidya says that she has worked with Akshay Kumar in the film and the role was a significant one without the involvement of romance and this is what she really likes as for her, role and content hold more importance. 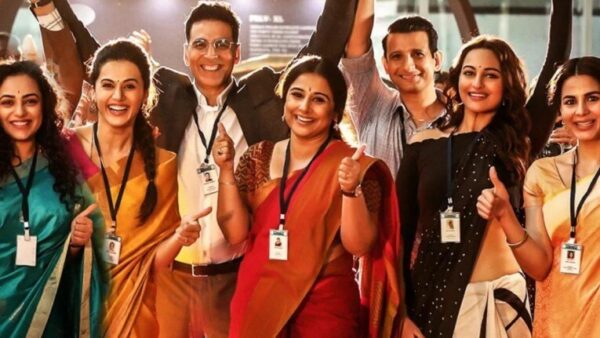 Vidya’s acting in “Mission Mangal” was appreciated a lot by audiences and there is simply no denying the fact that she is one of those actresses who have carved a niche for themselves with their hard work and determination.

We will love to see Vidya doing some more meaningful roles in the future as well!

Salman Khan Sneaks Up On Iulia Vantur Amid Her Chat Session, Her Blushing Reaction Is Adorable
Do You Know Amitabh Bachchan Was Banned For 15 Years By Media Until “Coolie” Accident Happened?