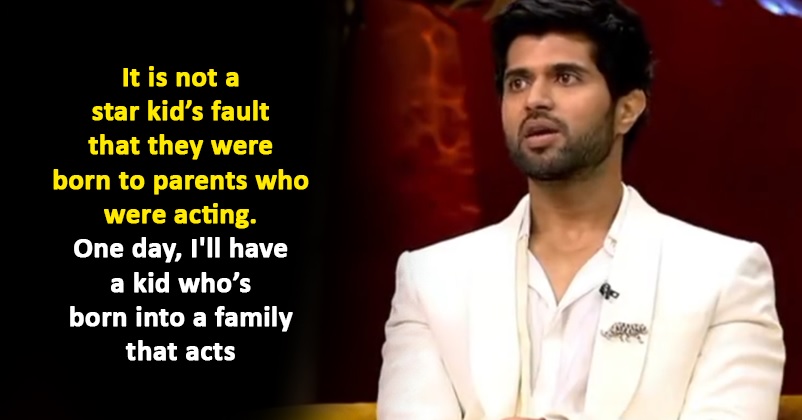 Koffee with Karan famous for creating controversies, gossiping and revealing some secrets of popular stars of the Indian Cinema and how we can forget to mention that the debate on nepotism also started in this talk show only. It all started when Kangana Ranaut appeared on the show along with Saif Ali Khan and she called Karan Johar, the flag bearer of nepotism and since then it is the most talked about topic of the Indian film industry, especially Bollywood. 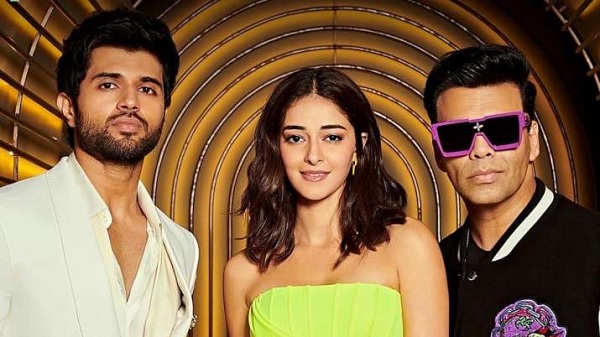 Many stars have given their opinion on this matter and recently the southern superstar Vijay Deverakonda also opened up on it when he appeared on the sets of Koffee With Karan along with his co-actress Ananya Panday.

Vijay Deverakonda and Ananya Panday have worked together in upcoming movie “Liger” which is being shot simultaneously in Hindi and Telugu and is all set for release on August 25, 2022.

During the show when KJo asked Vijay Deverakonda whether entering the south Indian film industry was difficult and alienating for him, he responded by saying that it is definitely very difficult coming in an industry where you are completely an outsider with absolutely no access to the industry. He further adds that what he thinks is the world is not fair, we all don’t have the same financial status or height, looks or physical capabilities. He states that he will never blame or dislike someone just because he is born to a rich father or someone from the industry while on the other hand, he is facing difficulties in paying his rent. 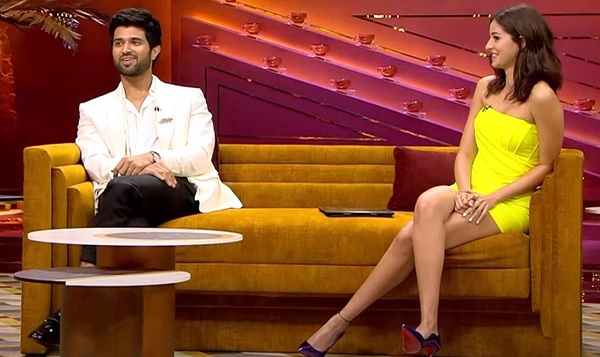 Referring to Ananya Panday, Vijay Deverakonda says that it is not her fault if she is born in a family of actors. He adds that tomorrow he will also have a kid whose family is into acting but it will have nothing to do with him. He further states that the world is never fair in any field and a person has to work very hard for achieving success.

This is certainly a very a logical take on the much debated topic. What do you say? Do you agree with Vijay Deverakonda?