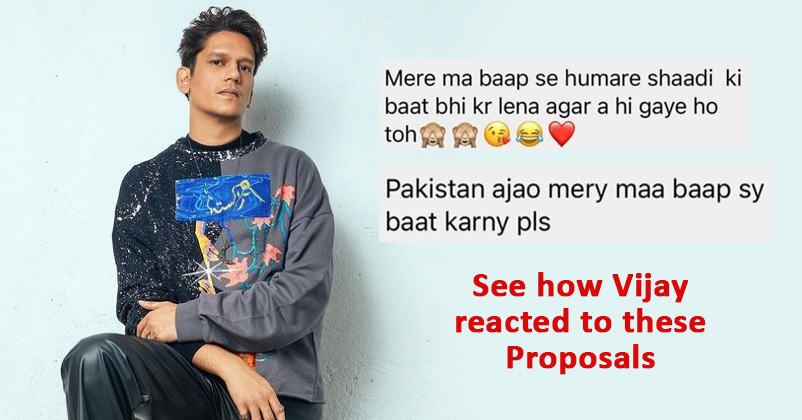 Vijay Varma, the actor who was last seen in Alia Bhatt starrer “Darlings” has enthralled us with his performances in movies and web series and some of his notable works include “Pink”, “MCA”, “Gully Boy”, “Mirzapur”, etc. 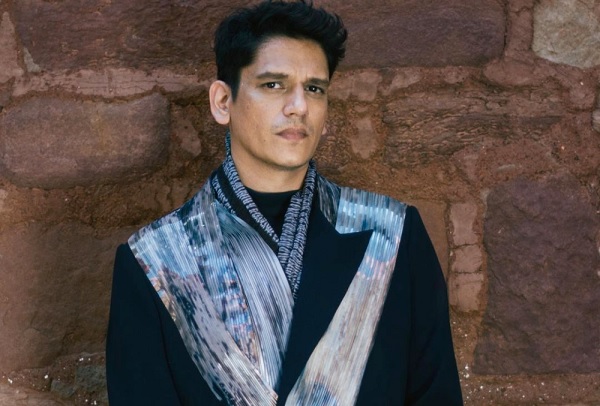 The actor enjoys a huge fan following and many of his female fans are so much in love with him that they want to marry him. The actor is currently shooting for the upcoming season of “Mirzapur” and recently he posted a selfie with the caption, “Muskuraiye, Aap Lucknow mein hai” (Smile because you are in Lucknow). 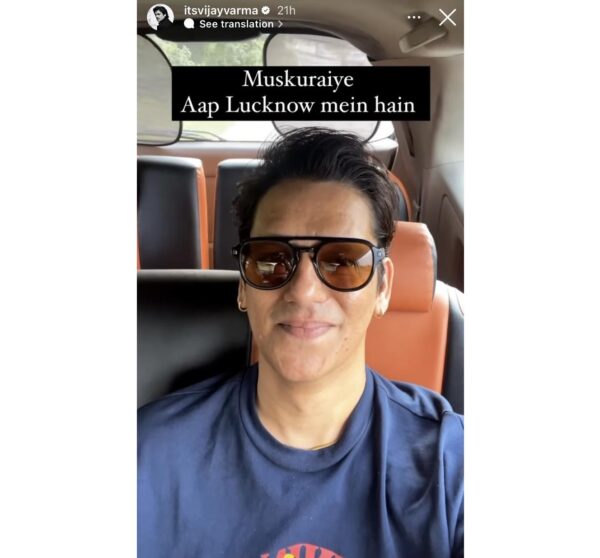 As he posted the selfie, many girls started requesting him to come and talk to their parents for marriage. One of them who is from Lucknow asks him to talk to her parents since he is in Lucknow now and Vijay responded that it is why he has come to Lucknow. 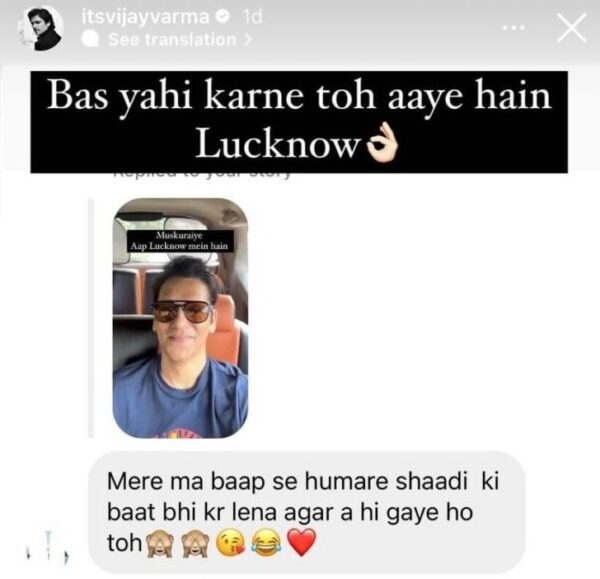 There was one girl from Gujarat who brought legendary actor Amitabh Bachchan in between as she stated that Gujarat is the best because Big B says that you should spend some time in Gujarat. This leaves Vijay Varma a little surprised and he says that he can’t believe she has involved the “Sholay” star in order to set a guy. 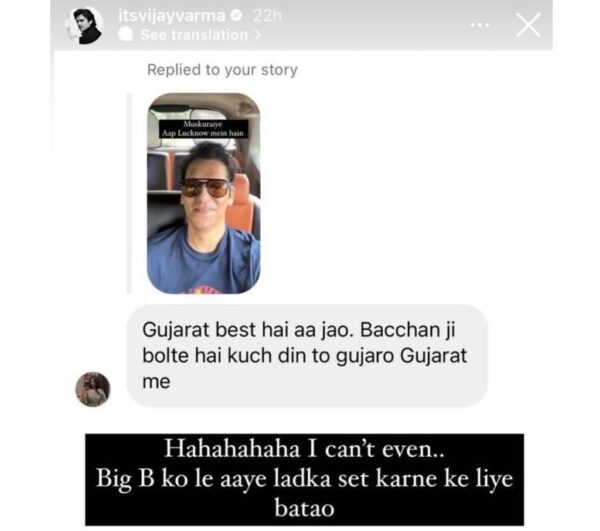 A Pakistani girl also calls him to her country and asks him to talk to her parents for wedding. In reply, Vijay says that he will come as soon as his work in Lucknow gets over, adding that the shooting for “Mirzapur” can wait. 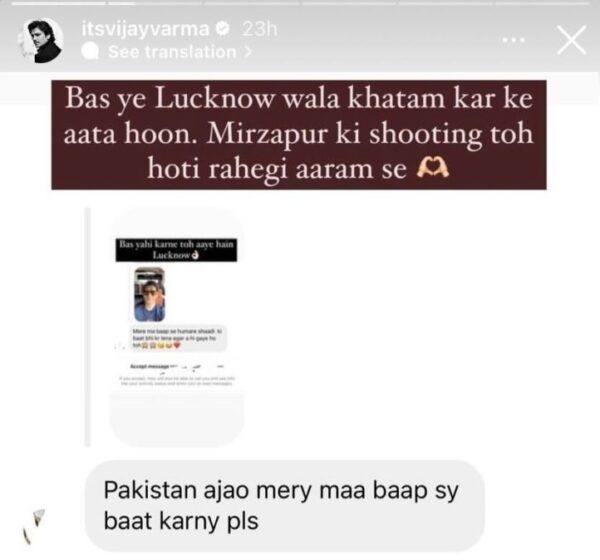 But the real shocker comes when a woman from Canada asks Vijay Varma to meet her husband (pati) for their marriage. Even the actor is left surprised as he asks the ‘Canadian balike’ whether she is talking about her father (pita) or husband. 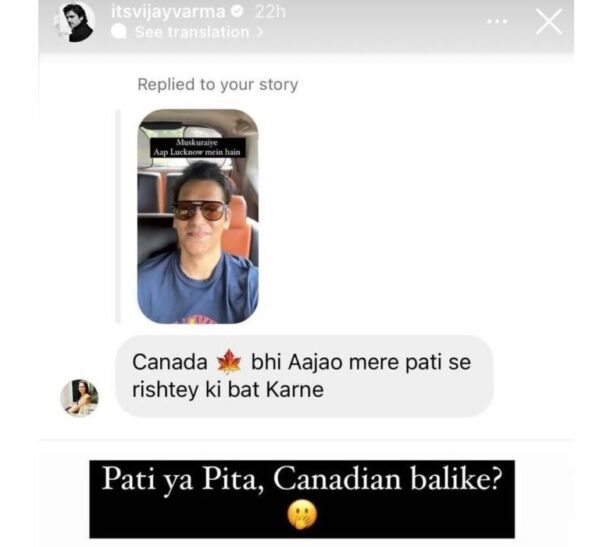 On the other hand, guys are aghast and confused whether Vijay Varma is an actor or a matrimonial site. 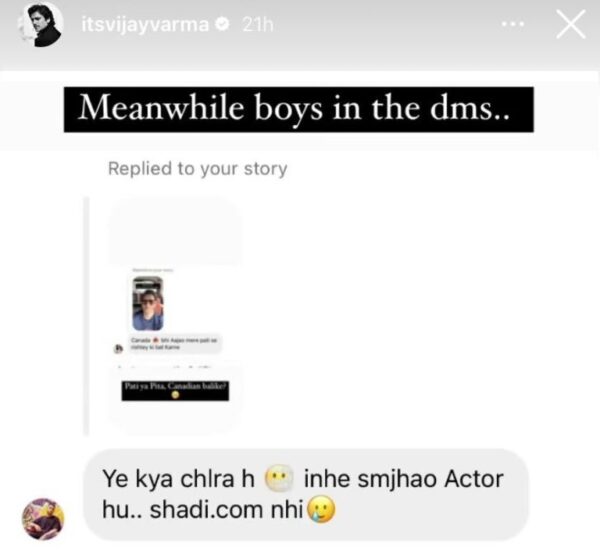 Well, some fans are really crazy!