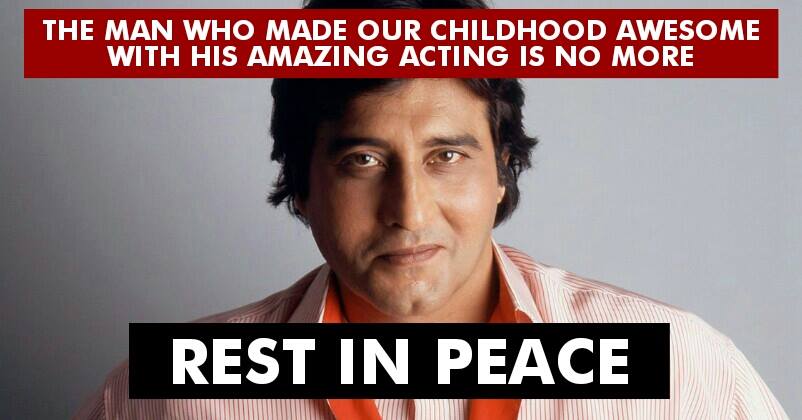 Vinod Khanna, the favorite actor of millions of movie buffs, passed away this morning. Yes, there were reports that the actor was battling cancer; doctors tried their best but the treatments didn’t work. Earlier, a photo of him had gone viral and people were shocked to see him in such a weak condition; however, his family had stated that he was admitted in the hospital due to severe dehydration.

The news of his death has shocked everyone!

He had given many hits in 1970s and 1980s like Lahu Ke Do Rang, Amar Akbar Anthony, Jurm, Dayavaan, Qurbani, Imtihaan, Mera Gaon Mera Desh, Mere Apne and many more.

Later, in the year 1997, the actor joined politics and became the BJP MP of Gurdaspur. There’s no denying the fact that he had made our child awesome with his brilliant acting. May his soul rest in peace; we shall miss him a lot!

Baahubali 2 Is Shattering All Records Before Release, Has Left Behind Sultan, Dangal And Raees !!
Baahubali 2 First Review By A CBFC Member Is Out! He Says The Movie Is AMAZING!