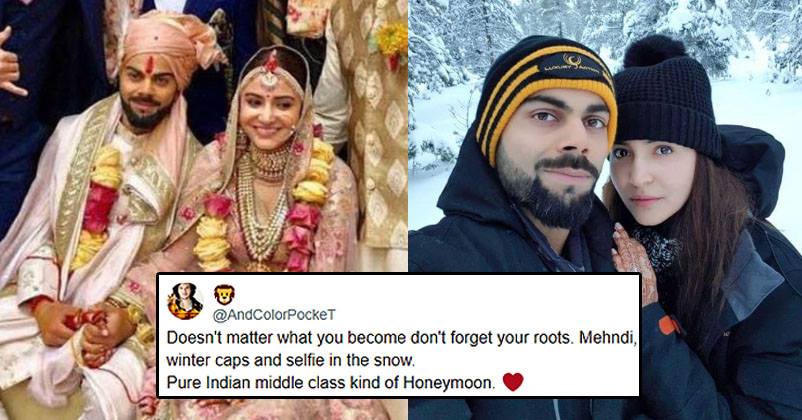 The wedding of Indian cricketer Virat Kohli and actress Anushka Sharma was something that every fan expected to happen but the manner in which it took place, it shocked many. However, in the end, it was a very pleasant surprise for everyone. 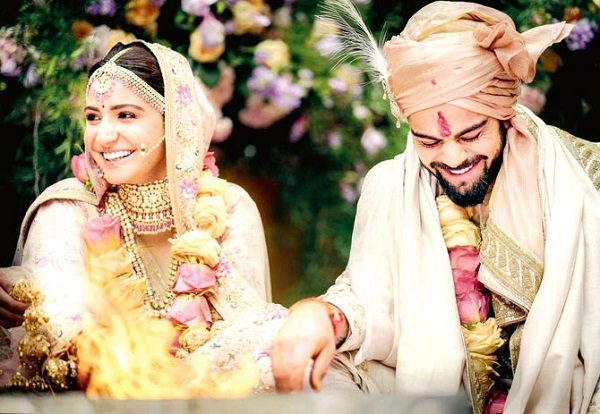 Now the couple is enjoying honeymoon and just like their wedding, the location of the honeymoon is also not known to many. Nevertheless, earlier there were reports that they will go to Rome for honeymoon but nothing can be said with confirmation about their present location.

Anushka shared a photo in which they both can be seen enjoying each other’s company and the caption that she wrote was, “In heaven, literally”. 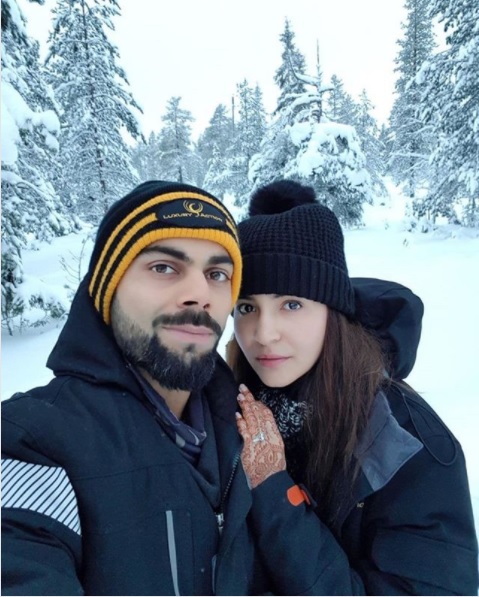 The photo went viral instantly and Internet got much needed fodder for their memes and gags.

Now social media is full of jokes on Virushka’s photo and here are some selected tweets:

The Chronicles Of Narnia:

Ravi Shastri Got Late In Congratulating Virushka. Twitterati Calls Him Heartbroken And Trolls Badly
Salman Slammed Arshi & They Had A War Of Words. Weekend Ka War Is Going To Be Full Of Drama