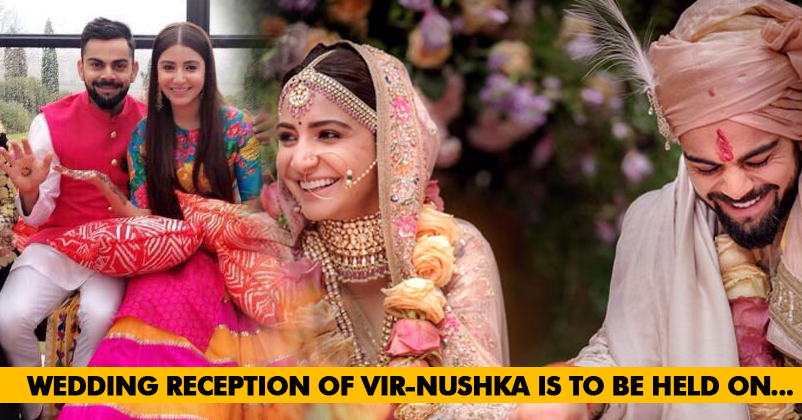 The best thing happened yesterday; Virat and Anushka got married & made the whole country, rather the whole world happy. Virushka not only have fans in India, but enjoy popularity all across the globe.

They broke the much awaited news of their marriage yesterday & we couldn’t be more satisfied. Everything took place very secretly, although media left no stone unturned to cover every gossip that was leaked. 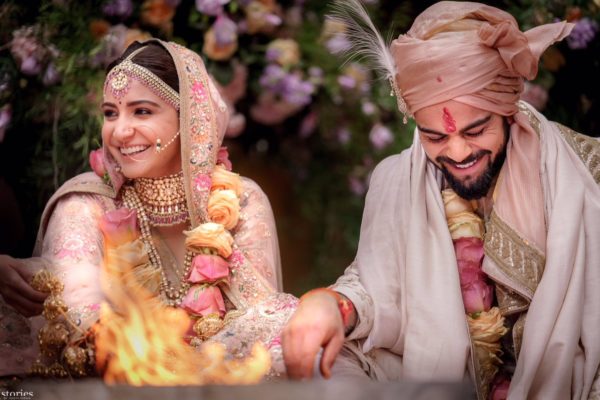 The duo got married at a countryside resort in Italy & it was a luxurious one. It was obvious that not many people could reach there, which is why they will be hosting a reception party too.

Details of the reception!

Although they tied the knot away from the country, they made sure that it looks no less than a big-fat wedding. Virushka got married as per Hindu rituals.

No, we aren’t spreading any rumors. We even have their reception card, which is simply beautiful. Check it out; 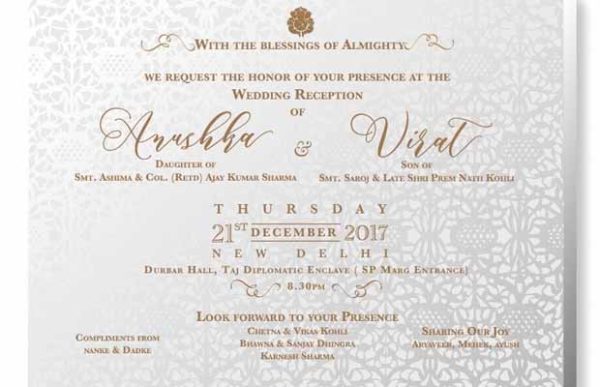 This is just the New Delhi reception card; they have chosen the Durbar Hall in Taj Diplomatic Enclave and it’s sure to be a royal one, isn’t it?

We will keep you updated with more details as and when we get.

First Full Pic Of The Couple. Anushka Sharma’s Wedding Lehenga Is Looking Beautiful
Troubles In Virat & Anushka’s Marriage? This Is What The Astrologer Predicts About Them