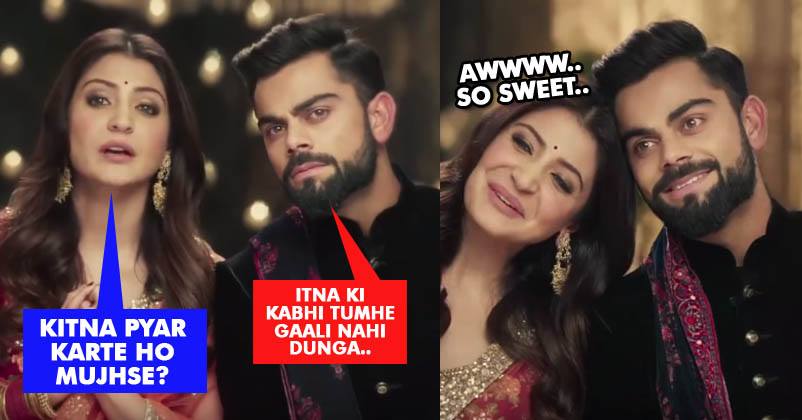 Virat Kohli and Anushka Sharma make a super-duper couple and we are already crazy for them. The chemistry they share is beyond words. Every time a new pic of the lovely couple is out, we can’t help but go “WOW”. Recently, Virushka’s traditional pic was released on social media & it already gave us wedding goals.

Well, later we came to know that it was for promoting a clothing brand “Maanyavar”. The ad went viral on social media and fans were drooling over the superb Jodi. In the ad, the duo was seen exchanging wedding vows, thereby making us impatient for the wedding.

No doubt, Kohli is a heartthrob of several girls around the globe, while Anushka is a dream girl of many. Seeing them together, we came to know the true definition of PERFECTION. Few expressions of Virushka from the ad paved way for some hilarious memes and you too must not miss them.

Check out how Twitter crossed all levels of creativity and came up with funny jokes and memes; 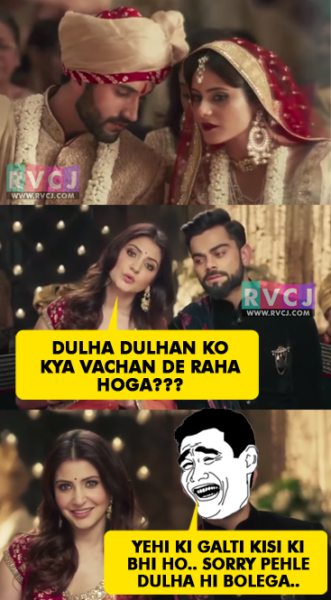 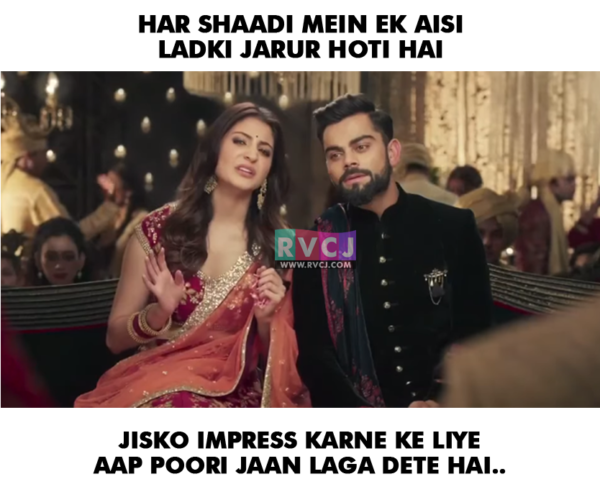 And some people can’t get over their cuteness…

"Mein Hamesa Khyaal Rakunga"
"Mein Bhi"
If this doesn't melts your heart, I don't know what else will. #Virushka
❤😭https://t.co/Yi12jnW5q6 pic.twitter.com/MR4p0qGL6P

I can’t handle it!

I just cannot handle all this cuteness✨ #Virushka pic.twitter.com/Aalchza9iE

LOL, they are so adorable! Wish they tie the knot soon…