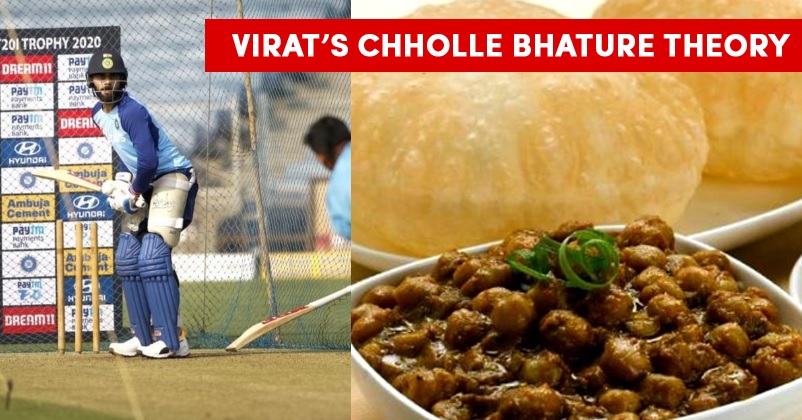 The Indian cricket team is all set to win the three match T20I series against Sri Lanka as it is already leading with 1-0 after winning the second match at Indore. The first match of the series got abandoned due to rain and the third match will be played on Friday (today) at Pune.

The second match was won comfortably by the hosts as the visitors were able to manage only 142 for 9 on the scoreboard after batting first. Indian bowlers Navdeep Saini and Shardul Thakur bowled pretty well and took 2 & 3 wickets respectively. The target was achieved by the Indian team in the 18th over with Indian skipper Virat Kohli remaining not out at 30. 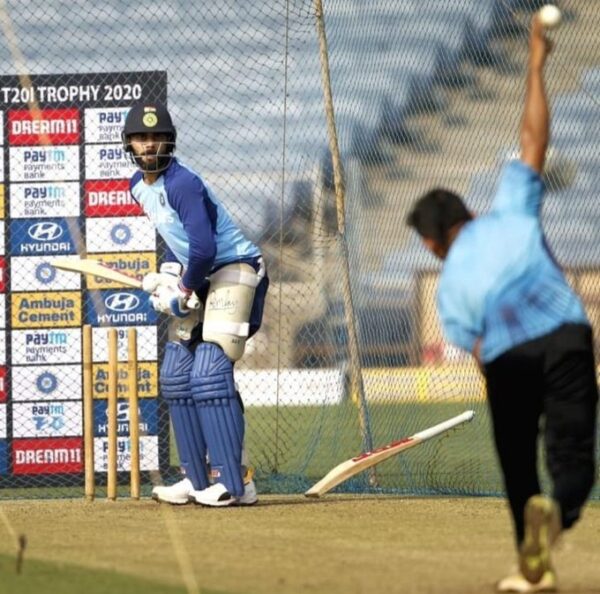 Team India doesn’t want to miss the chance of winning the series so they worked pretty hard on the nets yesterday, including the skipper who played some good shots at the nets. Virat then took to his social media accounts and posted a photo of himself from the training session in which he is seen batting. In the caption, he compared the ball with Indian food item Chholle Bhature and told how both of them deserve the same kind of focus.

The caption that Virat wrote read, “Ball out of the Bowlers hand and Chholle Bhature for a cheat meal deserve the same kind of focus. 👀😄”.

Ball out of the Bowlers hand and Chholle Bhature for a cheat meal deserve the same kind of focus. 👀😄 pic.twitter.com/ctEs96bvQa

Well, Virat is on his path to make one more record, i.e., scoring 11,000 runs in International cricket as a captain. He needs just one run to achieve this record and he will be the sixth one to do that. The other five captains who have done this are Alan Border, Ricky Ponting, Graeme Smith, Stephen Fleming and MS Dhoni.

There is no denying the fact that the third T20I will be a tough one as the visitors will like to equalize the series by winning the third T20I while team India will want to make a clean sweep.

Ganguly Shared A Fitness Post, Got Trolled By Sachin For Skipping Training During Their Days
Chahal Asked Navdeep Saini, “Are You The Yorker Queen?” See The Funny Video