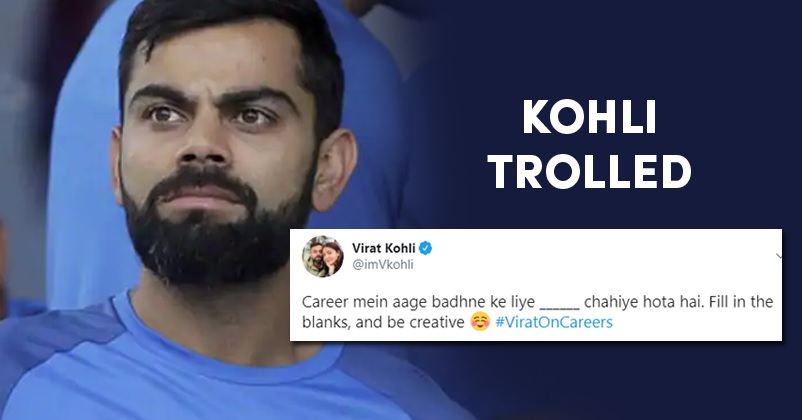 The Indian cricket fans are eagerly waiting for the IPL 2020 which will start on September 19 in UAE as it has been a long time that they have seen their favourite cricketers in action. The IPL 2020 was scheduled to start from March 29 but it was postponed due to the coronavirus pandemic and now it is being organized in UAE (Dubai, Abu Dhabi and Sharjah) because the number of COVID-19 cases is still increasing at a very high rate in India.

Virat Kohli led IPL team Royal Challengers Bangalore (RCB) is also in Dubai and the players are practicing hard in the training sessions. The social media handle of RCB is also ensuring that fans should be aware of the latest trends and updates as this will increase their interest in the team and their favourite players.

RCB has always been one of the strongest teams of the IPL but they have never won an IPL title and the skipper Virat Kohli often gets trolled for this reason as he has been a part of RCB since the inaugural edition of 2008 while since 2013, he has been leading the side. The last three seasons of the franchise have been no less than nightmares so RCB players will certainly like to improve their performances and win the trophy.

Virat is one of most popular sportspersons of the world and his social media following is huge, in fact he is the most followed Indian celebrity on Instagram. Recently, the Indian skipper took to Twitter and asked his fans to fill in the blanks the thing which is needed for making progress in career.

While some gave serious replies, there were many who thought of using it as a chance to troll the RCB skipper. Several people talked about his team’s inability of winning the IPL trophy till now whereas few others also talked about the brands which are paying him for his social media activities and some netizens tried to pull Virat’s leg by mentioning about his wife and Bollywood actress Anushka Sharma.

Aggressive …So that players like Australia thinks 100 times while sledging 🤣🤣#ViratOnCareers pic.twitter.com/elhpW8PBUz

While the batting line up of RCB is pretty strong with batsmen like Virat Kohli, AB de Villiers, etc. in the team, the bowling line-up also seems lethal with Chris Morris, Dale Steyn and Yuzvendra Chahal. But still it’s a matter of huge concern whether RCB will be able to win the IPL 2020 or not. What do you think?