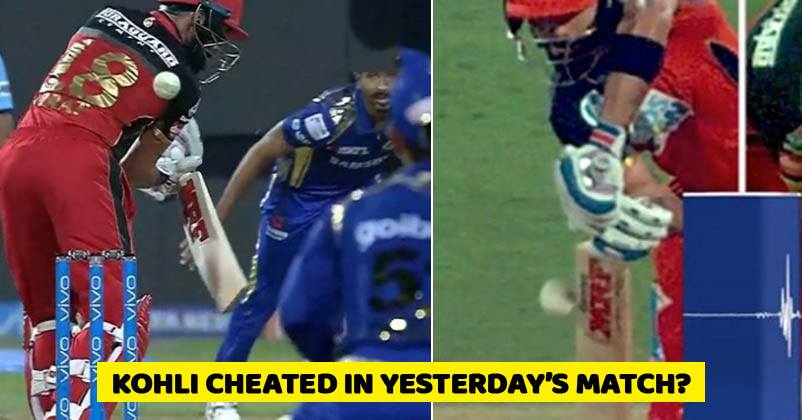 Virat Kohli seems to be unhappy nowadays as his IPL team Royal Challengers Bangalore is not performing well at all in the tournament despite the fact that he has played some really good knocks.

In the match against Mumbai Indians, Virat Kohli did something that not only hurt the emotions of his fans but also spoiled his image and earned him the tag of a cheater.

In the 14th over on Jasprit Bumrah’s bowling, Virat Kohli edged the ball but the sound was so low that nobody including the fielders heard it so they didn’t appeal for it. As umpire didn’t give him out, Virat also chose not to react on it and he acted as if nothing had happened. 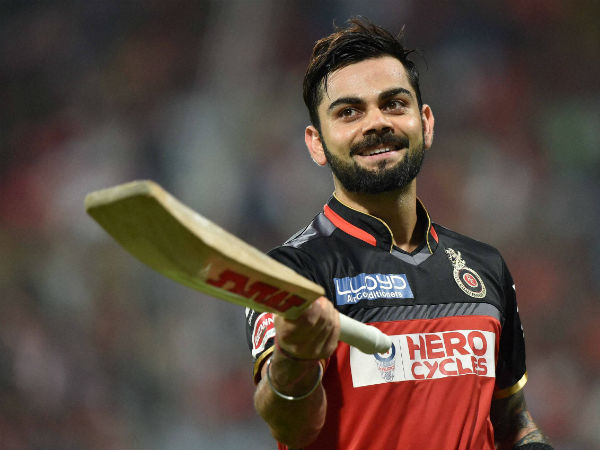 However when the replay was seen, the ultra edge (snickometer) gave a clear indication that the ball touched the bat. This made fans angry as they feel that Virat should have walked on his own even if the umpire didn’t give him out. Some people went to the extent of saying that comparison of Virat Kohli with Sachin Tendulkar should not be made as Sachin would have walked without waiting for umpires if he was out but Virat did otherwise and this is what separates extraordinary from ordinary.

This is how Twitter slammed Virat Kohli and called him a cheater:

Kohli can never be Sachin:

#RCBvMI #Kohli Anyone who compares Kohli and Sachin, here is why virat can never be Sachin. Sachin never use to stand on the crease after edging the ball like a cheater. He might score humongous runs but can never be sachin

Sachin would have walked out:

#RCBvsMI @imVkohli is over aggressive & arrogant but also cheater.He nicked to @Jaspritbumrah93 but not walked out like @sachin_rt @gilly381

@imVkohli is a cheat. After edging the ball and pretending like he is not out . It's shame, must be sacked as indian caption. The nation which has produced legend like @sachin_rt don't deserve Cheaters like @imVkohli #RCBvMI #MIvRCB @IPL @timesofindia @mipaltan @RCBTweets

This is why he can’t be compared to Sachin:

Kohli is a big looser:

@imVkohli BIG LOOSER you are ashamed of your sportsmanship 😡☹ you nicked d ball of @Jaspritbumrah93 & still at d crease. A sign of a great player is how true he is & not a CHEATER like you @IPL @BCCI standard of umpiring in this #IPL2018 is very low from Indian Umpires #RCBvMI

Shame on Virat Kohli what a big cheater he is, what can u expect from a person whose idol is CRISTIANO PENALDO

Virat Kohli scored 32 runs in the match against Mumbai Indians and the match was won by RCB by 14 runs. Well, this must be the best gift that Virat could have given to Anushka on her birthday.

Anushka’s Special Post For Virat After Yesterday’s Win. This Is What She Told Him
3 Mumbai Indians Players Got Unique Punishment & Reason Is As Hilarious As Punishment Is