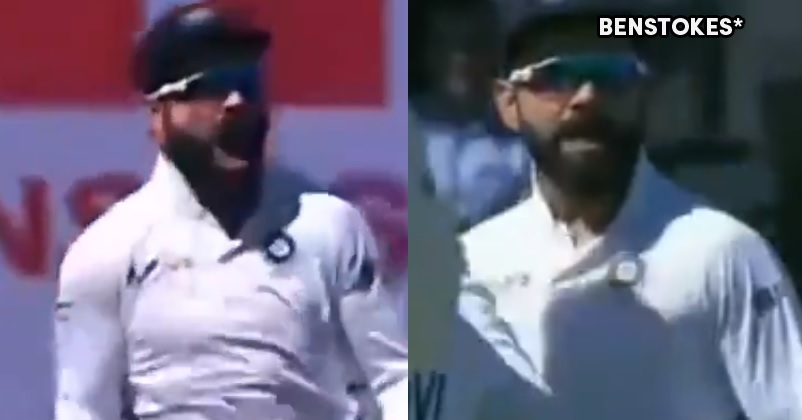 The Indian skipper Virat Kohli is certainly not having a good tour of New Zealand and many people on social media are attributing his failure to the fact that he has not been as aggressive on field as he used to be. Just before the start of the T20I series, Virat called the New Zealand cricketers “nice guys”. During the T20I series, Kohli was also seen having a friendly chat with Kane Williamson; however, the Indian skipper was seen in an aggression mode once again during the second test match between India and New Zealand.

India has already lost the first test match of the two test match series and they have no option other than winning this match if they don’t want to lose the series and the point as well which will decide their standing in the ICC World Test Championship.

The Indian team may have whitewashed the 5-match T20I series but they lost the 3-match ODI series before losing the first test match. What makes the matter worse is that the Indian batting disappointed once again as they bundled out for 242 in the first innings. Nevertheless, the Indian bowlers gave a superb performance and sent the complete team of New Zealand back to pavilion for the score of 235.

Indian pacer Umesh Yadav got rid of Tom Blundell after whom the Black Caps skipper Kane Williamson came on the pitch. After scoring 3 runs, Kane got caught out behind the wickets by Rishabh Pant as he edged a delivery and the Indian players started celebrating as it was a huge wicket for them. At that time, the Indian skipper was seen giving a fiery send-off to his counterpart and before that as well, Virat was seen involved in a banter with the crowd.

Here is the video of what happened between Virat Kohli and Kane Williamson:

The condition of team India is not pretty good in the second innings as well and the visitors have lost 6 wickets for just 90 runs.

Do you think India will win the second test match against New Zealand?