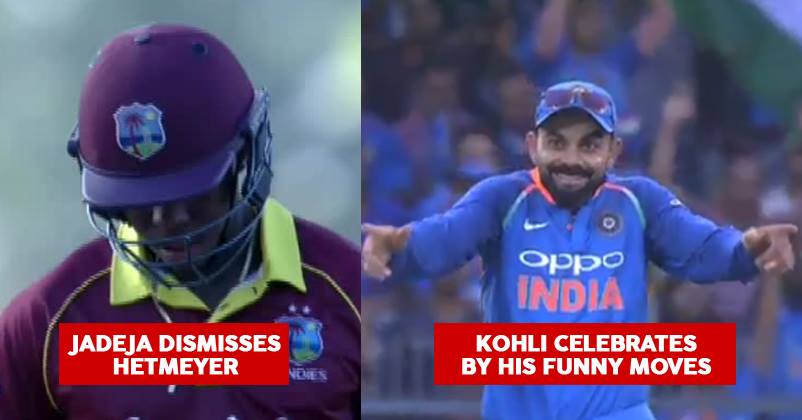 The 5 ODI series between India and West Indies has just started and the 1st ODI match is being played in Guwahati. West Indies got the chance to bat first and scored a huge total of 322 in 50 overs losing 8 wickets in return.

During the batting of WI, a really entertaining moment happened which brought a smile on the faces of many Indians. It has also become a topic of discussion on the social media right now.

Shimron Hetmyer of WI scored a century as he made total 106 runs in 78 balls. He played great innings and that’s why his wicket was really important for the Indian Team. When he lost the wicket by handing out a catch to Rishabh Pant on Ravindra Jadeja’s delivery, the happiest person was Virat Kohli. 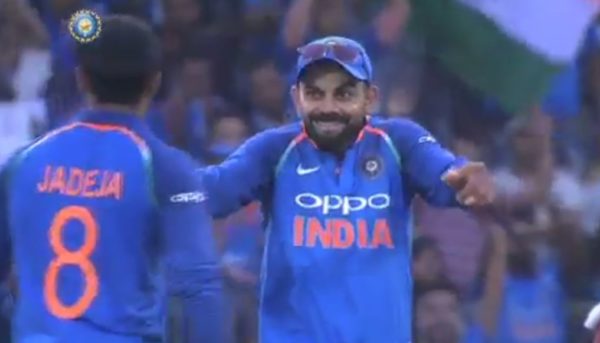 The Indin skipper couldn’t control his happiness and had a childlike joy on his face. He started dancing and hugged Jadega as his own celebratory way.

Here’s how Twitterati reacted to the video-

Me and My friends Reaction
After pass the M1 exam😂😂