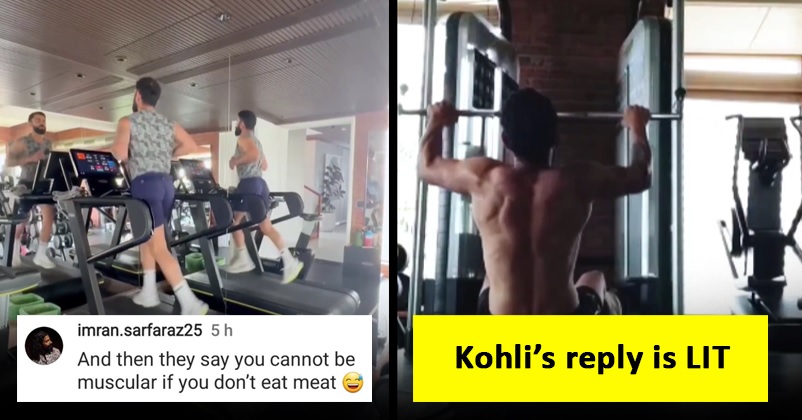 The Indian cricketer Virat Kohli is one of the fittest cricketers of the cricket world and he is known for his strict fitness regime and diet habits. He often shares his workout photos and videos on Instagram with his fans and recently he again posted a video in which he is seen running on a treadmill and pulling the weights. He captioned the video as, “Back at it”. 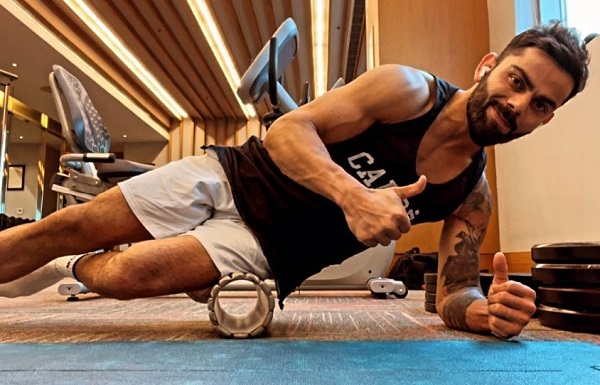 The video soon went viral and many people started commenting but one comment got noticed by Virat Kohli and he replied to it as well. The online user talks about the belief that if you want to have muscular body, you need to eat meat. His comment read, “And then they say you can’t be muscular if you don’t eat meat.”

Being a Punjabi from Delhi, Virat Kohli used to love non-vegetarian food in his young days but some years back, he turned vegetarian.

Presently, Virat along with skipper Rohit Sharma and KL Rahul have been rested as they are not a part of the New Zealand tour where the Indian team has already won the 3-match T20I series by 1-0 under the leadership of Hardik Pandya. The first T20I was abandoned due to rain, the third T20I got tied because of rain and the second T20I was won by team India by 65 runs. 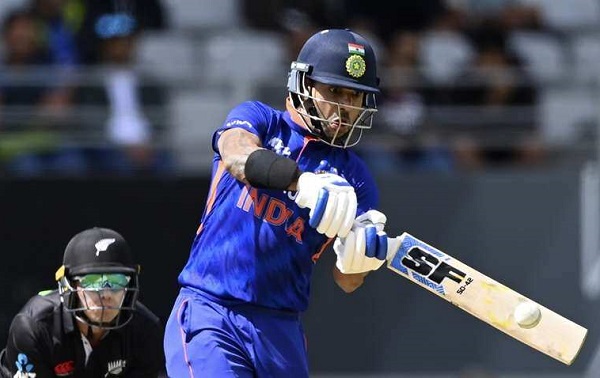 The first ODI of the 3-match series between India and New Zealand played today at Eden park has been won by the hosts by 7 wickets. Talking about the match, the toss was won by the hosts and they put the Indians to bat first. Team India under the captaincy of Shikhar Dhawan put up a score of 306/7 on the board with the help of brilliant knocks by Shikhar Dhawan (72 runs, 77 balls, 13 fours), Shreyas Iyer (80 runs, 76 balls, 4 fours & 4 sixes) and Shubman Gill (50 runs, 65 balls, 1 four & 3 sixes). 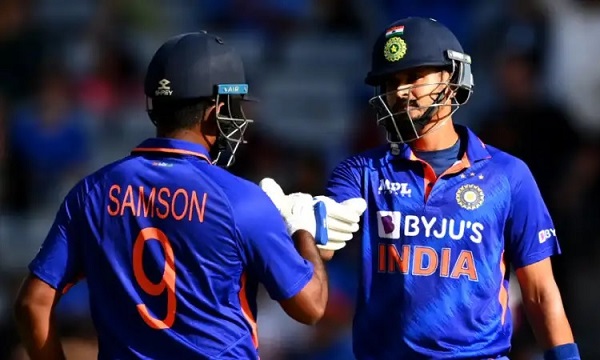 Sanju Samson played a useful knock of 36 runs (38 balls, 4 fours) and Washington Sundar played a fiery knock of 37 runs (16 balls, 3 fours & 3 sixes). However, the Kiwis chased the target successfully with 17 balls remaining in their innings and 7 wickets in hand. While Kane Williamson played a skipper knock of 94 runs not out (98 balls, 7 fours & 1 six), it was Tom Latham who played a pivotal role in his team’s win as he scored 145 runs not out (104 balls, 19 fours & 5 sixes) and he was also adjudged as the Player of the Match for his superb innings.

Virat Kohli will be joining the team for the Bangladesh tour where India will play 3 ODIs and 2 test matches. The first ODI between India and Bangladesh will be played on December 4 and hopefully Kohli will continue with his superb form.

“He Is Batting On A Completely Different Planet,” Maxwell Reacts To Suryakumar Yadav’s Century
“Rehne Do Beta, Tumse Na Ho Payega,” Rishabh Pant Trolled As He Again Failed In 1st ODI Vs NZ