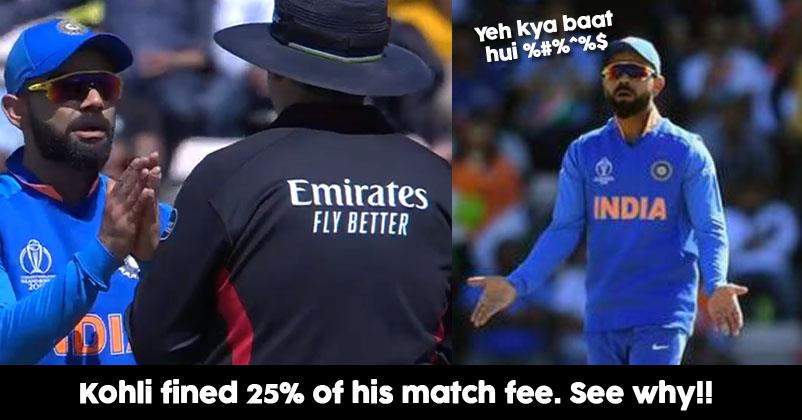 Excessive appealing in India vs Afghanistan match on Saturday in Southampton cost Virat Kohli 25% of his match fees. Indian cricket team captain Virat Kohli has been found guilty of violating Level 1 of the ICC Code of Conduct. He has received one demerit point to his disciplinary record. This is Virat’s second offense after the revised code is introduced in September 2016.

Kohli appealed for LBW decision in 29th over of Afghanistan’s inning when bowler Jasprit Bumrah hit Rahmat Shah on his pads. Kohli went up to umpire Aleem Dar and made an appeal for his decision.

An ICC statement said, “Kohli was found to have breached Article 2.1 of the ICC Code of Conduct for Players and Player Support Personnel, which relates to ‘Excessive appealing during an International Match’.”

The player has accepted his offense and the penalty granted by match referee Chris Broad, of the Emirates ICC Elite Panel of Match Referees, so formal hearing is not necessary.