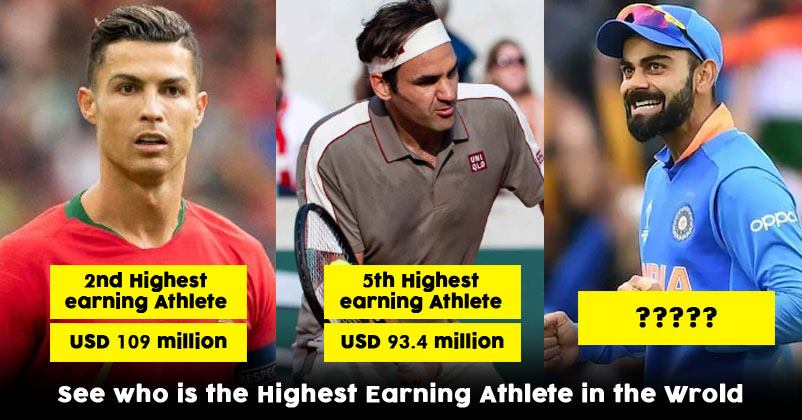 Indian skipper Virat Kohli made it to the list of world’s 100 highest-paid athletes in Forbes 2019. Kohli stands on the last place and he is the only Indian and only cricketer on the list. Forbes released its annual sports rich list on Monday.

According to the Forbes list, Virat Kohli made USD 25 million by salary and advertisement deals last year. Out of $25 million, $21 million came through brand endorsement while he got $4 million as salary.

With Brazilian footballer Neymar on the third position, the top three places have been taken by three best footballers of the world.

Golfer Tiger Woods, who was once the number one, now stands 11th on the list with $69.3 million.

Tennis superstar Serena Williams is the only woman on the list and she takes the 63rd position, with incomes of $29.2 million.