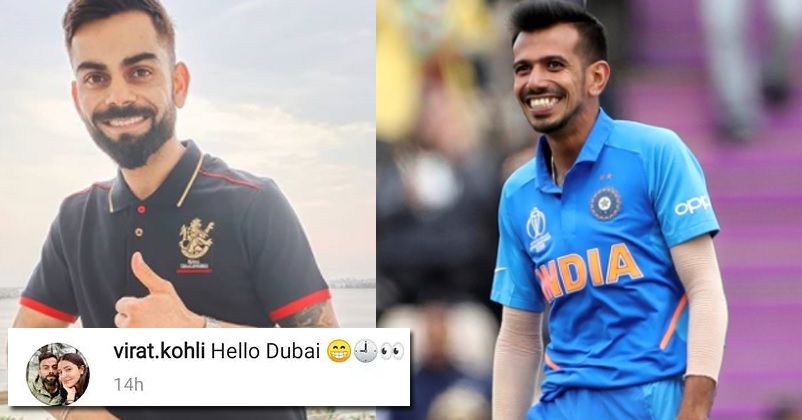 The cricketers are all set to play the IPL 2020 in UAE from September 19 till November 10 and the teams of the tournament have now started flying for Dubai. Yesterday, Virat Kohli led Royal Challengers Bangalore (RCB) landed in Dubai and the skipper shared the update with his fans by making a post on his official Instagram handle. 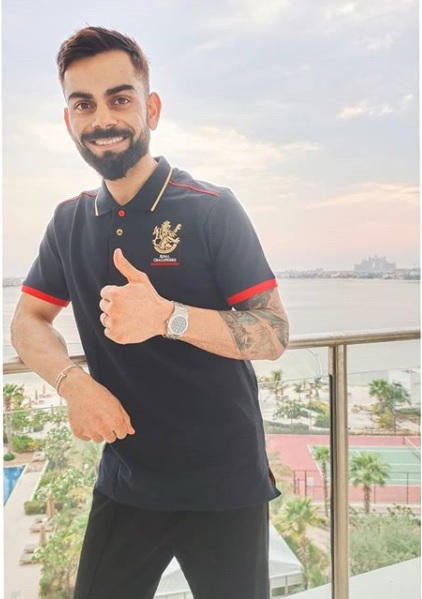 In the post, Virat shared a photo of himself with caption, “Hello Dubai”.

Yuzvendra Chahal who is an integral part of RCB made up mind to have some fun with his skipper and he commented, “Hello from same hotel bhaiya #neighbours.”

As per the rules, the players will be quarantined in their hotel rooms for a week after landing in Dubai as part of the safety procedures. The skipper also responded shortly to Yuzi’s comment and hoped to meet him soon on the field. Virat’s reply read, “Haha soon on the field”.

The fans of RCB are very hopeful that their team will win the IPL this year. Virat Kohli has been a part of RCB since 2008 inaugural edition and from 2013, he has been leading the team but RCB hasn’t been able to win the IPL even once. What makes it more surprising is the fact that RCB has some big names of the cricket world such as AB de Villiers, Aaron Finch, etc. but it didn’t manage to take trophy home in the last 12 seasons. Especially, the last three seasons of the IPL have been disastrous for RCB and Virat Kohli has been trolled many times in the past for this reason.

There is no denying the fact that Virat Kohli has to play an important role for RCB if he wants to make his team win the tournament. If we take a look at Kohli’s performance in the IPL, he has scored 5,412 runs till now which is the highest by any batsman and for this total, he has played 177 IPL matches, averaging at 37.84.