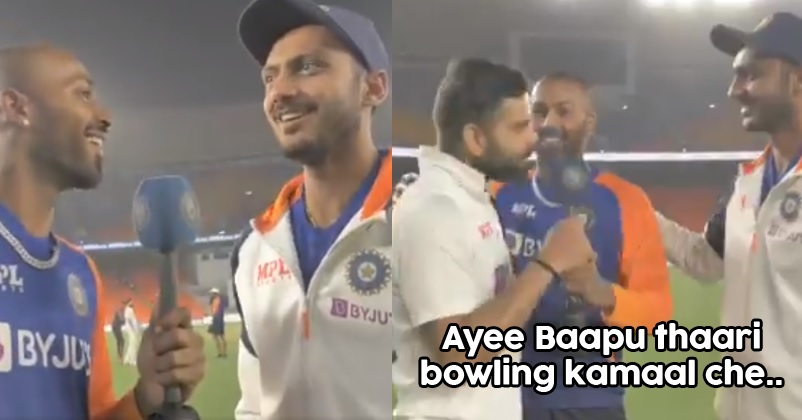 Axar Patel has certainly emerged as the next big thing in the Indian cricket after his superb performance in the third test match which was played at the Narendra Modi stadium, Ahmedabad. In this test match, Axar took total 11 wickets (6 wickets in the first innings and 5 in the second one) and he has also been adjudged as the Player of the Match for his superb performance. 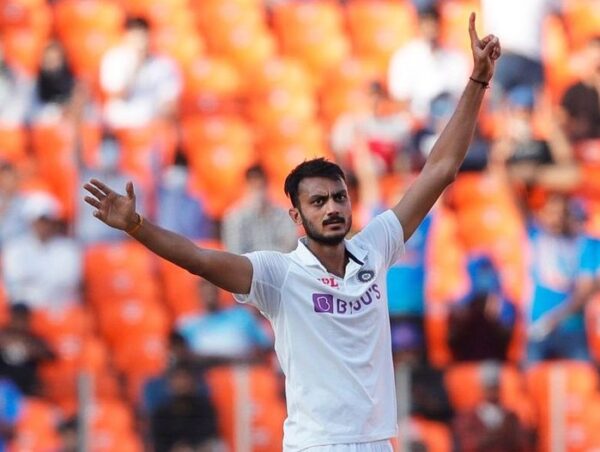 Axar was included in the squad after all-rounder Ravindra Jadeja was ruled out of the series because of injury but Axar Patel was not able to play the first test match in Chennai due to an injury. However, he performed well in the second test match which was won by India and in the third match also, he bowled superbly.

Though the batting performance of the Indian squad was also not good, still the Indian players are pretty happy with the fact that they have won the third test match by 10 wickets and that too in just 2 days. The crowd also cheered a lot for Axar Patel as he hails from Gujarat and while Axar Patel was giving an interview to his teammate Hardik Pandya, the Indian skipper Virat Kohli did something which brought smile on the faces of everyone. 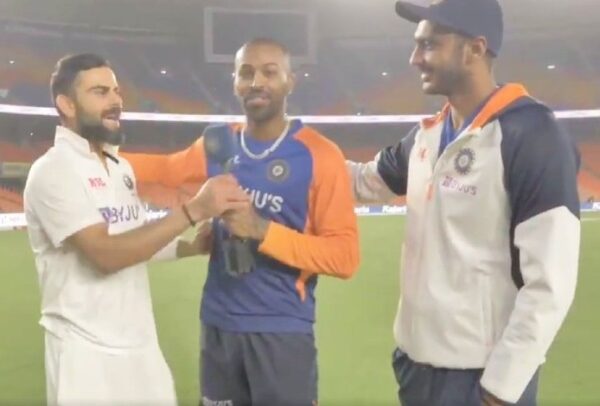 Hardik Pandya welcomed Axar Patel and told the audience that as a friend, he was also waiting for a long time for Axar to make his debut at the international level. During the interview, Virat Kohli was seen walking towards Hardik and Axar; he took mic from Hardik and said “Aye bapu thaari bowling kamaal chhe” which loosely translates to “hey buddy, your bowling is wonderful”.

DO NOT MISS: @hardikpandya7 interviews man of the moment @akshar2026.👍👍 – By @RajalArora

The Indian team has taken the lead by 2-1 and now they will be able to play the finals of the ICC World Test Championship even if they manage a draw in the fourth and last test match which will be played at Ahmedabad starting March 4.