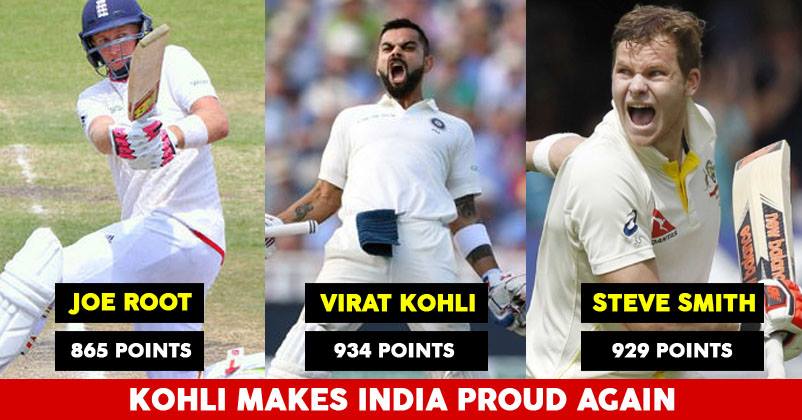 No matter how much people troll Virat Kohli for underperforming in a few matches, he has constantly made Indians proud with his achievements.

Virat has recently done it again as he ended Steve Smith’s 32-month long reign of being ICC’s No. 1 Test batsman.

After a wonderful batting in 1st Test Cricket match against England and scoring a brilliant century, Virat has become ICC’s No. 1 Test batsman.

This is the first time an Indian batsman has made it to the top spot of ICC’s Top Test batsmen list after Sachin Tendulkar in 2011. Virat Kohli had 903 points when he entered the Edgbaston Test. He has 934 points in his kitty which is more than 929 points of Steve Smith. 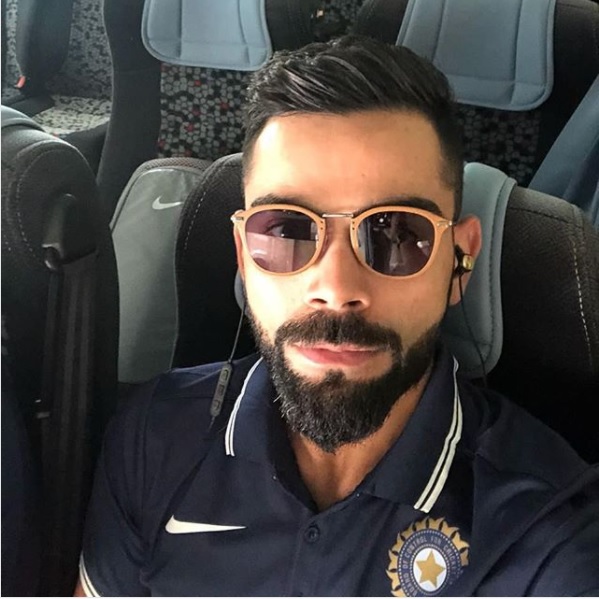 Before, Kohli and Tendulkar – Rahul Dravid, Gautam Gambhir, Sunil Gavaskar, Virender Sehwag and Dilip Vengsarkar have been other India batsmen to achieve number one rankings during their careers.

ICC Trolled Virat Kohli On Twitter Over Mic Drop. Got Slammed By Indian Fans
Pandya Went For Dinner With Teammates. His Gesture With Leftover Food Will Make You Respect Him