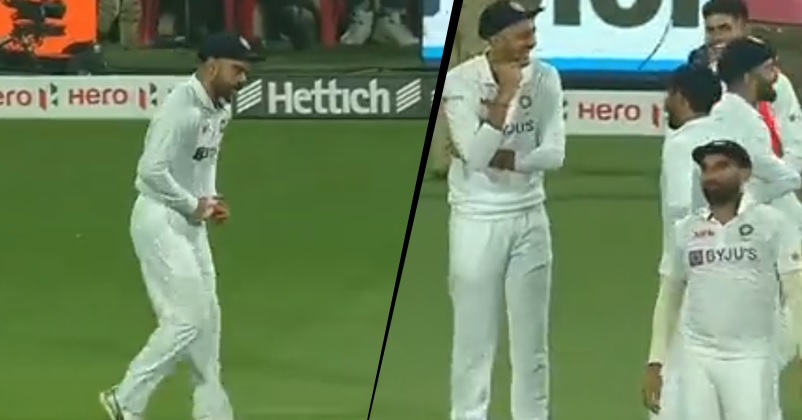 The second test match between India and Sri Lanka is at an interesting position as first the Sri Lankan team bowled out the Indian team for just 252 runs but then the batters of the visiting team also found it difficult to stay on the crease and by the end of the day 1, Sri Lanka was 86/6. 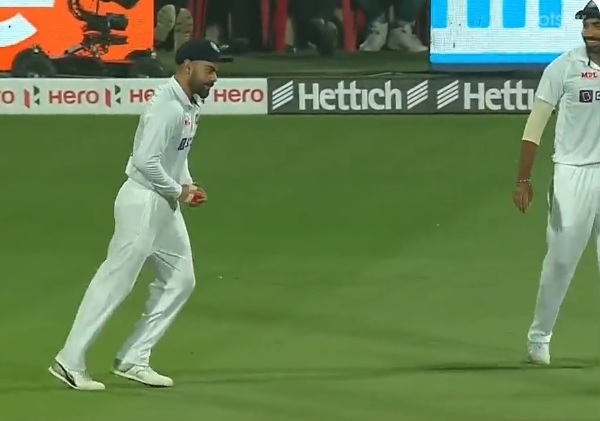 Though Virat Kohli once again failed to end his century drought, he did entertain cricket fans with his humorous behavior. The former cricketer may have got slammed many times because of his aggressive attitude but it is also true that he is a very fun loving cricketer. During the Sri Lankan innings, Virat Kohli was seen copying the bowling action of the Indian pacer Jasprit Bumrah.

Here is the video of the hilarious act:

The test match is being played at M. Chinnaswamy Stadium and India chose to bat first after winning the toss. However, the Indian team didn’t get a good start and it lost both the openers Mayank Agarwal (4) and Rohit Sharma (15) quite early. Hanuma Vihari also got out early when he was on the score of 31. While Rishabh Pant played a useful innings of 39, Shreyas Iyer played a brilliant innings of 92 runs which helped the Indian team in reaching the score of 252 runs and after that, no other batsman was able to give resistance to the Indian bowlers.

Lasith Embuldeniya and Praveen Jayawickrama took 3-3 wickets each, while Dhananjaya de Silva took 2 wickets and Suranga Lakmal got only 1 wicket. 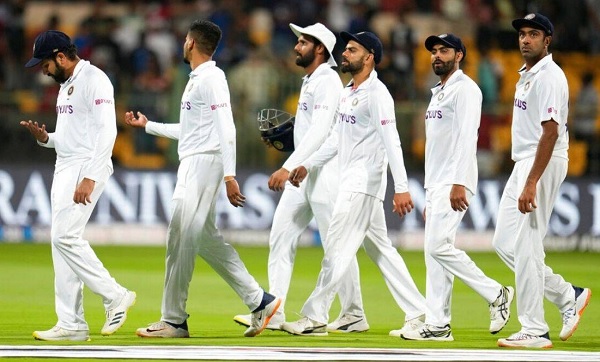 However, the Sri Lankan batters also struggled as till the time the article was written, the complete Sri Lankan team got out for merely 109 runs and currently they are trailing by 143 runs. The most successful Indian bowler is Jasprit Bumrah who took 5 wickets and gave away only 24 runs, while Mohammed Shami and Ravichandran Ashwin managed to take 2-2 wickets each, Axar Patel was able to dismiss only one batsman.

Virat Kohli knows how to keep the environment lively and cheerful! Agree?

Journo Asks If Jadeja Will Be Given Rest In 2nd Test To Manage Workload, Bumrah Has An Epic Reply
“Dhoni Was Completely Different Than I Expected,” Says Faf Du Plessis On His Early Days In CSK