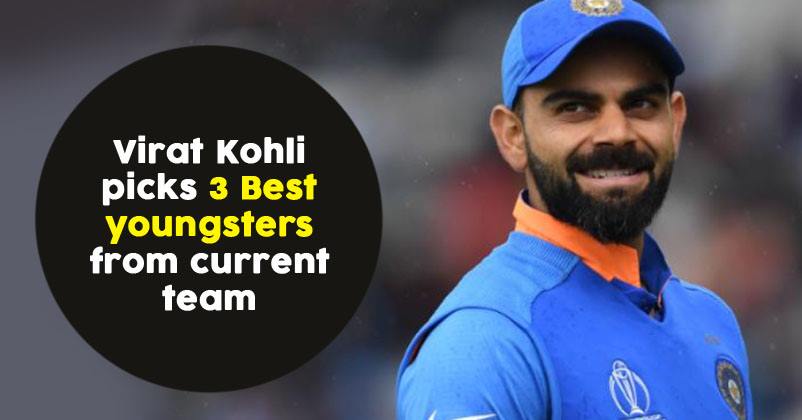 Captain Kohli is impressed by Shubman Gill, Rishab Pant and Shreyas Iyer and further said, the confidence and attitude they hold are commendable at such a young age. He added, as I have earlier said at the age of 19-20 we weren’t half of the players like they’re now. These three are amazing.


Virat Kohli also hailed the Indian Premier League and believes it plays an important role to build the young cricketers as it gives them the stage to shine. Virat said, their skills are better than before because of the exposure of tournaments like IPL and it’s the best thing that can ever happen to a cricketer.


Kohli further added praising the three youngsters, they’re so confident that by the time they’ll come to senior-level they can easily learn from their mistakes. As they have already played in front of thousands of people. Their intent has to be that “they’re playing for their country”. He believes the boys are already in that zone.

I tell the young guys one thing that is not to repeat the mistakes which I have done before, Kohli further said.

Continue Reading
You may also like...
Related Topics:Indian Premier League 2019, IPL, Rishab Pant, Shubman Gill, Virat Kohli, Virat Kohli Opens Up About The Upcoming Stars Said "We weren't As Confident As Them"

Sachin Tendulkar Shared A Video & Twitter Is Having A Debate Over Umpire’s Decision
Yograj Singh Who Blamed Dhoni For India’s Defeat Now Takes U-Turn, Calls Himself A Fan Of Dhoni