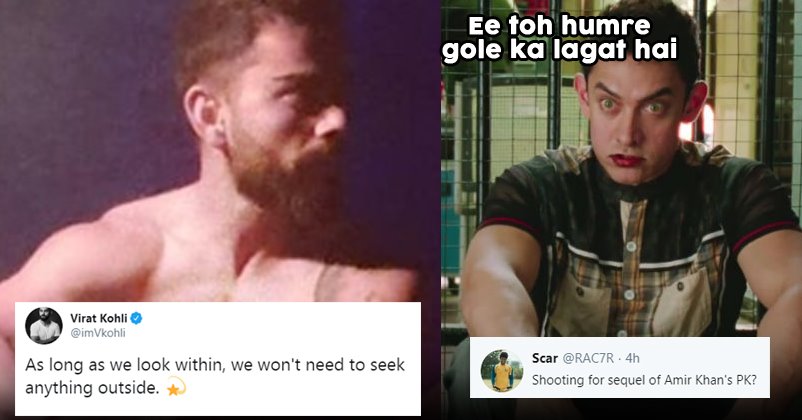 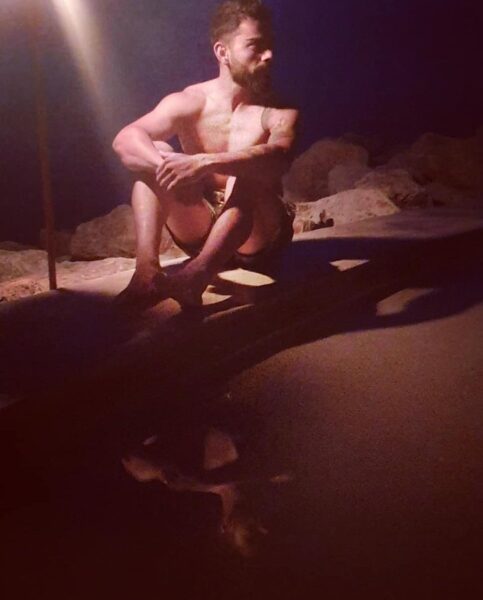 On Thursday, Virat took to Twitter and Instagram and posted a photo of himself in which he is in minimum clothing with the caption. The caption that he wrote is,“As long as we look within, we won’t need to seek anything outside. 💫”

As long as we look within, we won't need to seek anything outside. 💫 pic.twitter.com/CvUVElZwjm

There is no denying the fact that Virat wanted to convey a nice message but the manner in which he posed it resulted in some hilarious responses. Some people trolled him by saying that he must have been fined for traffic violation while several others said that he might have a tiff with wife Anushka and few even included Rohit Sharma’s name in this regard.

Stop getting inspired from Disha Patani 😒

It's good to look within but why you are showing your within to the world? 🙄😀😀

Virat Kohli led Indian team performed superbly in West Indies in all the three formats of the game. Team India clean swept the T20I, ODI and test series and it is at number one spot in the ICC World Test Championship with 120 points while New Zealand is on the second spot and Sri Lanka at the third place.

Virat has also become the most successful Indian captain after the West Indies tour as now he has 28 test wins under his name while earlier this record was with MS Dhoni and he was considered to be the most successful captain with 27 test wins. Kohli has also left behind former captain Sourav Ganguly in terms of most overseas wins.

What do you think of this post made by Virat Kohli? Do let us know.

Ajinkya Rahane Shares His Happiness In A Tweet After India’s Win, Gets Trolled By Ashwin
Virat Kohli Finally Revealed Why His Wedding With Anushka Sharma In Italy Was So Confidential