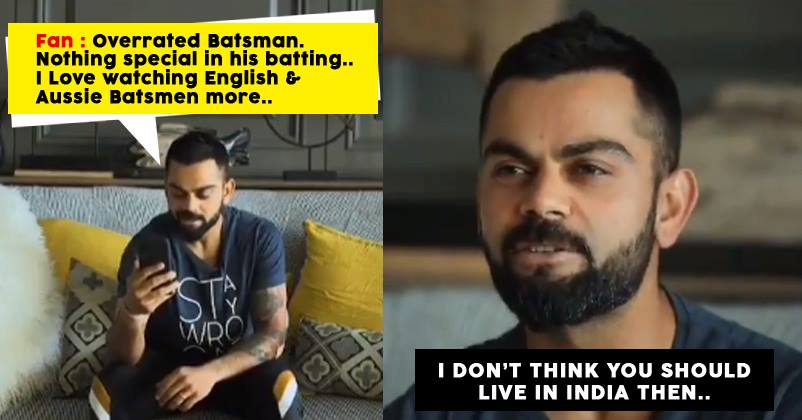 Virat Kohli has given a list of reasons to Indians to be proud of him as a cricketer. He has created and shattered several records which have got him a huge and loyal fan following.

However, appreciation and controversies go hand in hand with Virat and this time it’s no different. The Indian Cricket captain has found himself in trouble after he suggested an Indian to change the country for not liking domestic cricketers. 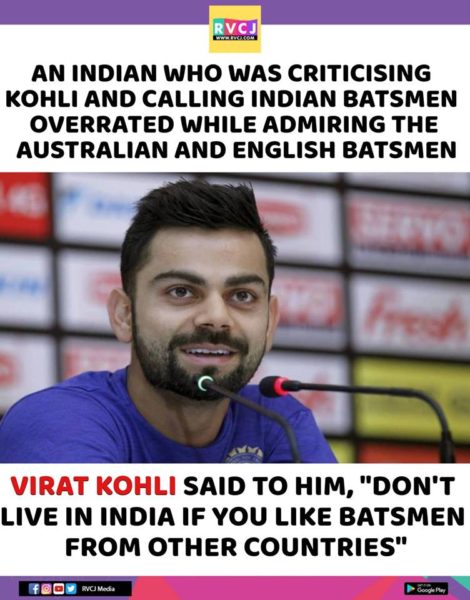 Kohli launched his app recently and a video from it is going viral. In the video, an Indian tells Virat that he finds him an overrated batsman. He also said that he finds nothing special in his batting and enjoys watching English and Australian batsmen more. He said-

“Overrated batsman and personally I see nothing special in his batting. I enjoy watching English and Australian batsmen more than these Indians.”

Is #Kohli asking his non-Indian fans to leave their country and come to India🤔🤔.. Or to sort their priorities? #WTF pic.twitter.com/tRAX4QbuZI

Do you think Kohli was right to say this or wrong?

Girl Shared Screenshot Of Yuzi Messaging Her On Instagram After Seeing A Hot Pic. What’s The Truth?
Virat Kohli Gets Trolled For Suggesting An Indian To Leave Country For Not Liking Him