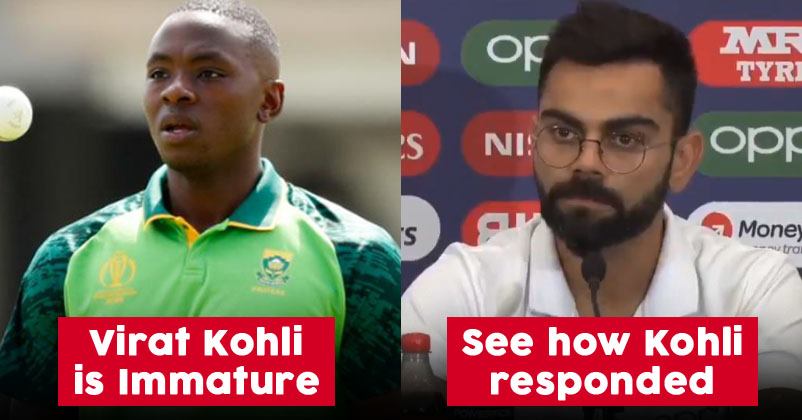 ICC world cup started a week ago and things have already been heating up. Recently, South African fast bowler Kagiso Rabada called Indian skipper Virat Kohli immature and also said that he likes to use abusing words for the opposite team players but doesn’t like when someone abuses him back.

Rabada shared an incident between him and Kohli in this year IPL where they had heated exchange of words. Rabada told that Virat hit the boundary and had a word. He added when one gives it back to Virat, he gets angry. For Rabada, Virat comes across as very immature.

Just before India’s first match in this world cup, Virat Kohli was in a press conference, where he denied to respond to any player. He said that he has played with Rabada many times and they can discuss anything which needs to be discussed.