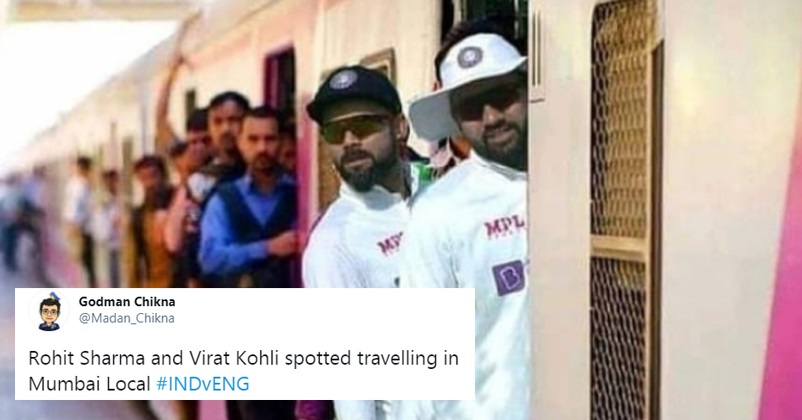 The Indian cricket team must be hoping for a miracle as getting the England skipper Joe Root out seems very difficult, if not an impossible task for the Indian bowlers. In the first test match of the four-match series, the England team has scored 473/5 with Joe Root batting at 217 till the time the article was written. The first test match is being played at Chepauk stadium in Chennai and the Indian players have nothing much to do other than watching the England batsmen batting beautifully. 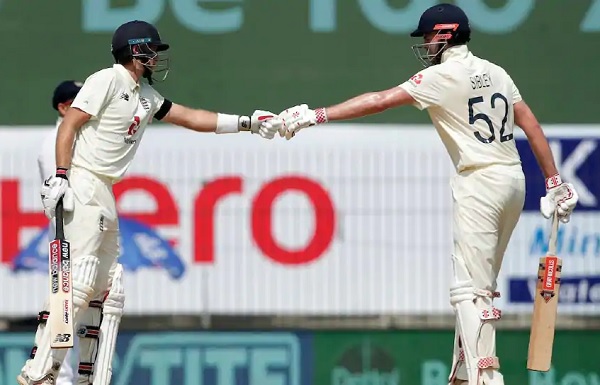 Though England lost Rory Joesph Burns and Dan Lawrence in quick succession, Joe Root along with Dom Sibley stabilized the innings. After Dom Sibley got out at the score of 87, Ben Stokes came out in the middle and accompanied his skipper in strengthening the position of England in the test match. Ben Stokes also played a good innings of 82 runs and now Jos Buttler is on the crease as Ollie Pope has been sent back to pavilion by the Indian spinner Ravichandran Ashwin.

There was one more thing other than Joe Root’s superb innings that got a lot of attention and that was a photo in which the Indian skipper Virat Kohli and Rohit Sharma are seen together looking at the ball which was travelling towards the boundary. This incident took place when Joe Root played a shot on the balling of Shahbaz Nadeem. While the two Indian cricketers Rohit Sharma and Virat Kohli were looking at the ball, the cameraman focused his camera on them and soon this photo became a viral material due to the manner in which they both are looking. 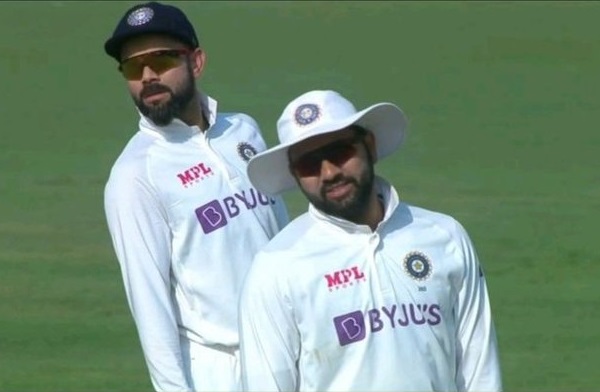 Social media users turned this pic into a meme and soon Twitter got flooded with rib-tickling tweets which cricket lovers will love to see:

When the teacher makes a girl sit between two boys🤣! #INDvENG pic.twitter.com/ocEc2NsQ9E

Those two coconut trees grown illegally in front of every Bangalore home. https://t.co/HEIC7ppfnW

Cops at every corner trying to catch people not wearing mask inside their car. https://t.co/HByQsh6GI1

Watching the waiter take the food you ordered to the other table like: https://t.co/cZbZKoW08V

Me and my friend watching at my crush in saree. #INDvENG pic.twitter.com/CiIxjKBhz7

My friends when a girl started talking to me in front of them pic.twitter.com/NU2Qg2gesM

Me discussing a product with my family

#INDvENG @imVkohli @ImRo45
When mother is cooking something special
Me and my brother: pic.twitter.com/yaB9xV71Tz

When a hot girl arrives in Mechanical Department 😂😂 #INDvENG pic.twitter.com/fw5wOoTYYI

Me and my brother waiting in our room for the relatives to go out so we can eat the left over snacks #INDvENG pic.twitter.com/7FWPfudS7Z

Me and my boys watching couples on valentine pic.twitter.com/a0DGA1EPSS

When I suddenly laugh looking at my mobile

It appears that only a miracle can save the first test match for India. What do you say?