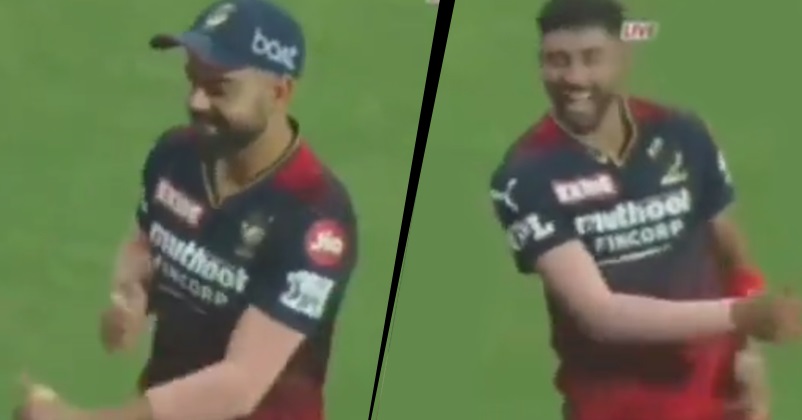 The IPL team Royal Challengers Bangalore registered its second win and also stopped the winning streak of Rajasthan Royals by defeating it in the 13th match of the IPL 2022. RCB is now being led by Faf du Plessis as Virat Kohli gave up his captaincy after the IPL 2021 but Kohli is still the same person as far as his energy and enthusiasm are concerned. 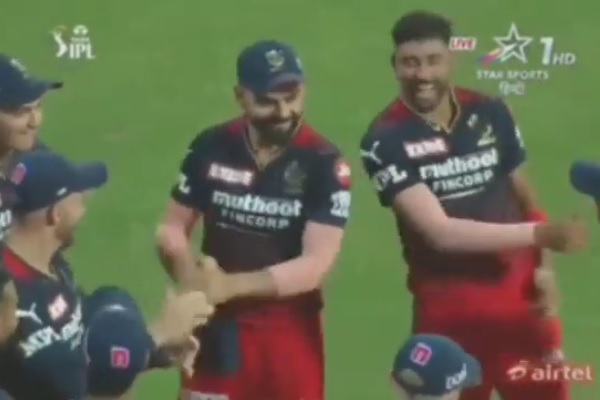 Virat Kohli is one of those few players who are always full of energy plus he also ensures that the environment in the dressing room and among the team members remains lively and cheerful. Just before the match against Rajasthan Royals, Virat Kohli was seen having a good time during the team huddle and he also shook his leg as well as showed some moves. Later on, Mohammed Siraj, Harshal Patel and the skipper Faf du Plessis were also seen copying his moves.

RCB lost its first match against Punjab Kings despite putting up a great show as it scored more than 200 runs but it made a strong comeback in the tournament by defeating Kolkata Knight Riders in its second match. After that, RCB once again performed superbly as it defeated Rajasthan Royals in the match which was played at Wankhede Stadium, Mumbai.

RCB won the toss and decided to put RR to bat first; though Yashasvi Jaiswal got out early, Jos Buttler (70) and Devdutt Padikkal (37) stabilized the innings by putting up a partnership of 70 runs for the second wicket. Shimron Hetmyer also played a useful knock of 42 runs and helped his team in putting up a total of 169/3 on the board. 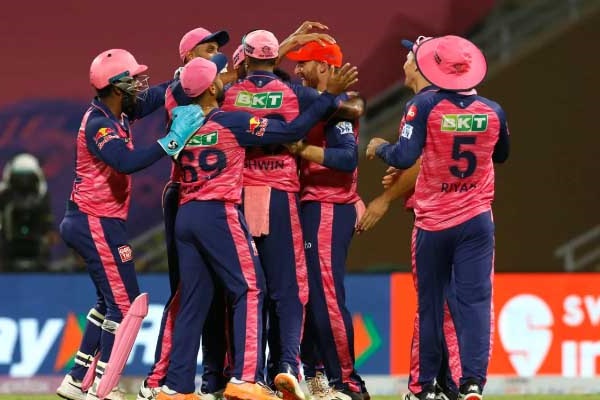 In response, RCB openers Faf du Plessis (29) and Anuj Rawat (26) produced a partnership of 55 for the first wicket but it was Dinesh Karthik (44*) and Shahbaz Ahmed (45) who ensured that their team went home as winners.

Virat Kohli may have got out early on the meager score of 5 but his positive energy certainly helped RCB players in maintaining positive mood even when things were going against them, what do you say?