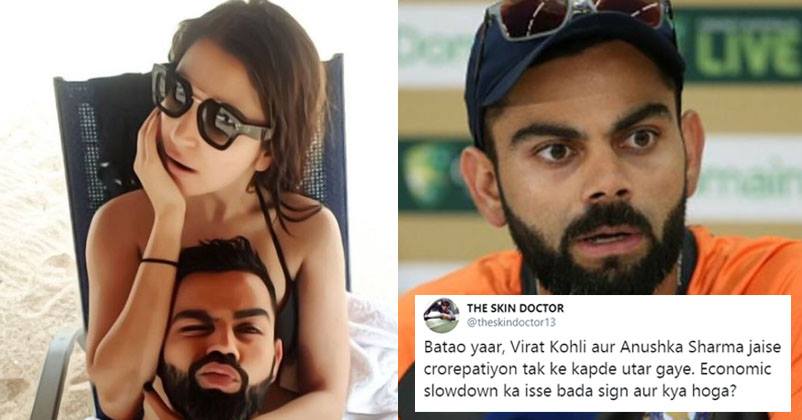 The Indian cricket will be pretty high on confidence when they will face South Africa at home as they had a wonderful tour of West Indies. The Indian team won the test match series, T20I series and ODI series in West Indies and we are quite sure that they will like to repeat their performance against South Africa as well. The matches will start from September 15 and till then, the Indian team is enjoying their time with their families as they have got a two-week break from the board.

Anushka Sharma, the beautiful Bollywood actress and wife of Indian skipper Virat Kohli, was with her husband for quite some time during the West Indian tour. Many photos were shared by the couple in which they were seen together and along with other players of the team as well.

Recently, Virat Kohli posted one more photo in which he is seen with his wife Anushka and they both can be seen chilling and having a great time on the beach. 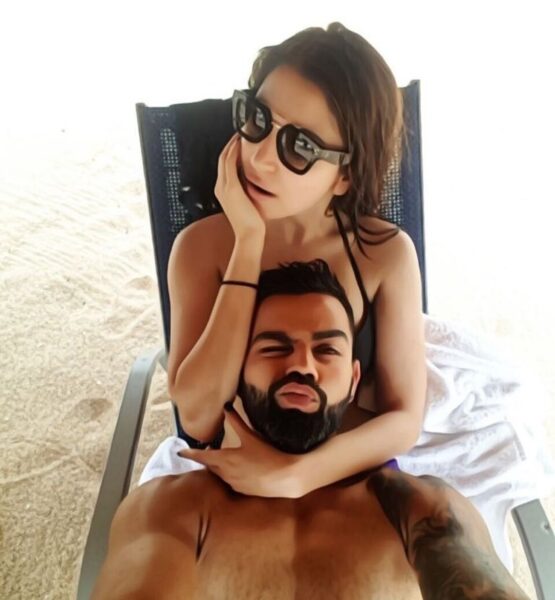 It is not known where they have clicked this photo but still the fans are going gaga over their favourite couple while some are also making funny comments such as despite being so rich, they don’t have money to buy decent clothes whereas some held them responsible for the reason of textile slowdown.

Virat not wearing clothes is the reason for slowdown in Textile industry , stop Blaming the GOVT. #SayItLikeNirmalaTai

Look at these poor people, they have no clothes to wear.
If this is not economic slowdown then I don't know what it is!

A millennial couple explains through their lifestyle why Textile industry is going thru a slowdown..#NirmalaSitharaman 1
Millennials 0#SayItLikeNirmalaTai #BoycottMillennialshttps://t.co/jncQuZkLq0

This could be us
But mujhe Indian Textile Industry ka production km nahi krwana . pic.twitter.com/039GD9zRoM

There is no doubt that these two are giving us relationship goals big time. How did you find this pic of the couple? Let us know.