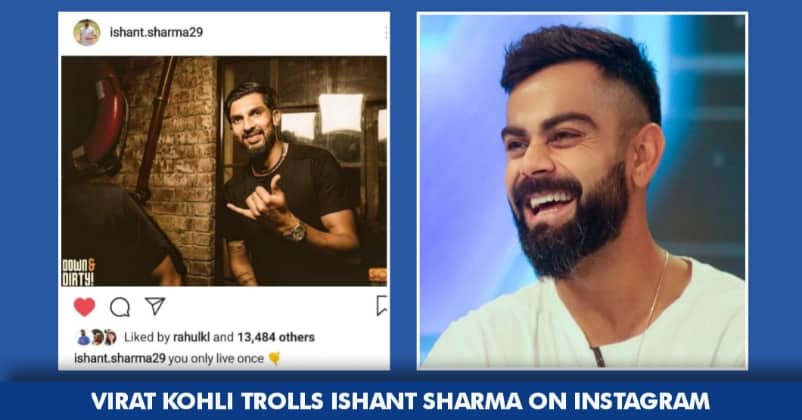 There is no denying the fact that social media is a vital platform that offers a variety of things, such as sharing your thoughts and opinions to a large mass, promoting a venture or product, attaining knowledge on the latest happenings of the world or tickling your funny bones with all the humour that it has to offer!

Celebrities often make the most use of it and apart from Bollywood personalities, some Indian cricketers are quite active on social media too and enjoy funny banter while trolling or taking dig at each other. 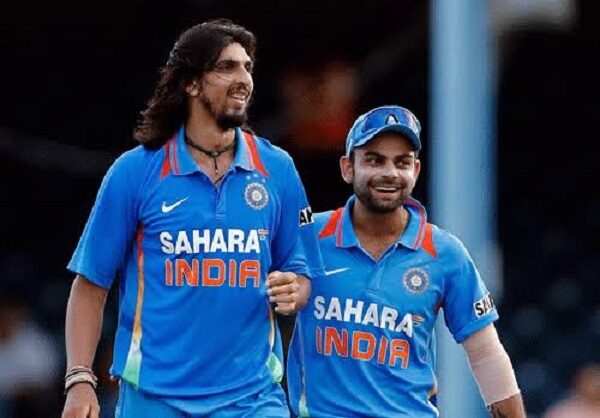 Ishant Sharma, the Indian pacer, took to Instagram recently and posted a photo of himself with the caption, “You only live once”.

you only live once 🤙

Well, the Indian skipper Virat Kohli did not want to leave this golden opportunity to troll his teammate and he commented, “Hamein toh pata hi nahi tha” (we did not know this) with a laughing emoji.

The Indian cricket team has been performing quite well under the captainship of Virat Kohli and in recent times, they have won the three match T20I series against Sri Lanka by 2-0. Only 2 matches were played in the series as the first one was abandoned due to rain.

After winning against Sri Lanka, India will now look to defeat Australia in the three match ODI series which is going to start on January 14 with the first ODI being played at Mumbai. The remaining two matches will be played at Rajkot and Bengaluru.

After the Indo-Australian series, India will be visiting New Zealand and will be playing 3 ODIs, 5 T20Is and 2 Test Matches over there. These two test matches are a part of the World Test Championship in which India is at the top with 360 points after winning all the seven test matches that it has played.