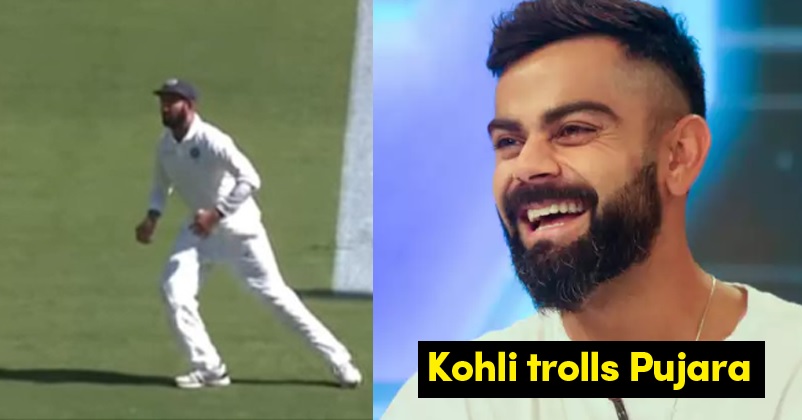 The skipper of the Indian cricket team, Virat Kohli is one of the fittest players of the world cricket and there is no doubt that his fitness has also played a great role in all the success that he has achieved with the bat. Virat Kohli seems to be quite eager to step on the field, start practicing in nets and play cricket. His eagerness was clearly visible in his recent post on social media handles in which he also took a funny jibe at his teammate Cheteshwar Pujara. 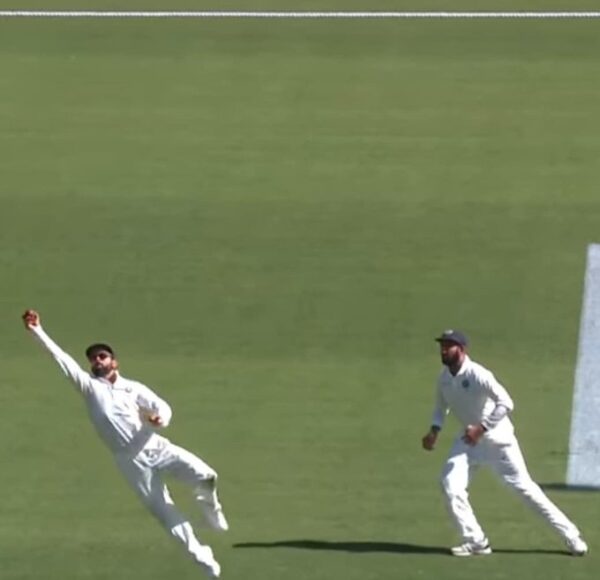 Virat shared a photo from the Perth test match played in 2018 India-Australia series in which Kohli was seen taking a one–handed stunning catch of Australian batsman Peter Handscomb. He trolled Cheteshwar Pujara by mentioning his name in the caption which read, “First session after lockdown be like 👀 @cheteshwar1 I hope you will go for the ball Pujji”.

There is no denying the fact that Virat Kohli is one of the best fielders of the side but Cheteshwar Pujara is not quick in the field. However, he tries his level best and gives his 100 percent in the field. When Pujara noticed the post, he responded by saying that he will try to take catch with both hands, not with one like his captain.

He wrote, “Yes captain, and I shall catch it with both hands”.

To this, Virat Kohli replied:

While Virat tried to pull Pujara’s leg, Kevin Pietersen, the former British cricketer, trolled the Indian skipper by making a funny comment that read, “#FakeNews. You couldn’t catch a cold in winter!”

Majority of the cricketers all over the world have increased their online activity as they are forced to remain inside their houses due to the coronavirus pandemic. All the sporting events of the world have also been postponed or cancelled on account of the COVID-19 outbreak. The Indian Premier League 2020 which was scheduled to start in March end has also been postponed indefinitely and now the chances of it taking place this year also seem very bleak. However, there are reports that BCCI will try to organize the tournament in September before the T20 World Cup 2020 which is going to take place in Australia.

Stay at home and maintain social distancing to stay safe!