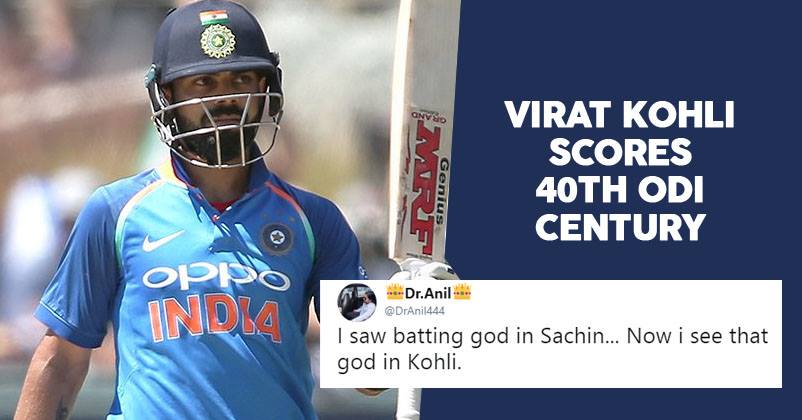 Yet again it was King Kohli to the rescue. He led the team from the front and won the battle of runs all alone by scoring his 40th One-day International (ODI) cricket with 107 balls.After Australia decided to bowl in the second ODI against India, they held an indomitable pitch. 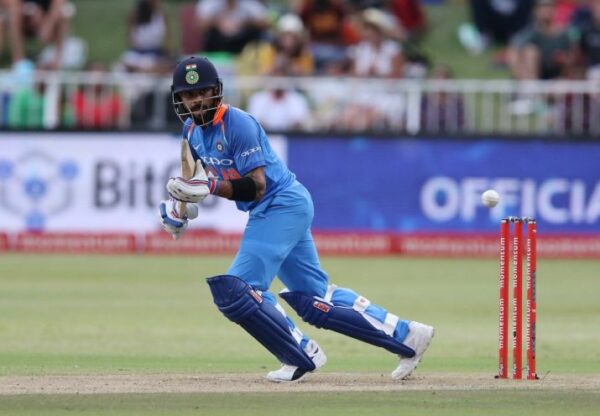 But now with Kohli scoring a century with smashing nine boundaries, the men in blue is again in a respectable position with respect to runs. India was previously 225 for six in 43.1 overs.

India are leading this ODI of five matches by 1-0, as they won the first one in Hyderabad. This ODI century of Kohli is his seventh, against Australia. Even India won their first ever bilateral ODI series against Australia.

BCCI was proud to present another of our batting god, Virat Kohli who stormed his own way into his 40th ODI century.

Stand up and applaud. The Run Machine brings up his 40th ODI Century 👏👏

If you are a huge fan then you should see these comments, fans from all over poured in to wish our King Kohli on his 40th ODI century.

He is an ultimate legend. At his peak.

I saw batting god in Sachin… Now i see that god in Kohli.

40th 💯
What a legend he is.
Hats off. pic.twitter.com/hCuR6fWPj2

This is the world famous ODI Century stats…..
We've got Kohli in 2!!!! pic.twitter.com/InaDbOV2wP

So how excited and happy are you?

Great News For Cricket Fans, The Game Will Be Making A Comeback At 2022 Asian Games.
Fan Tried To Hug Dhoni But Dhoni Started Running. This Video Will Leave You In Splits