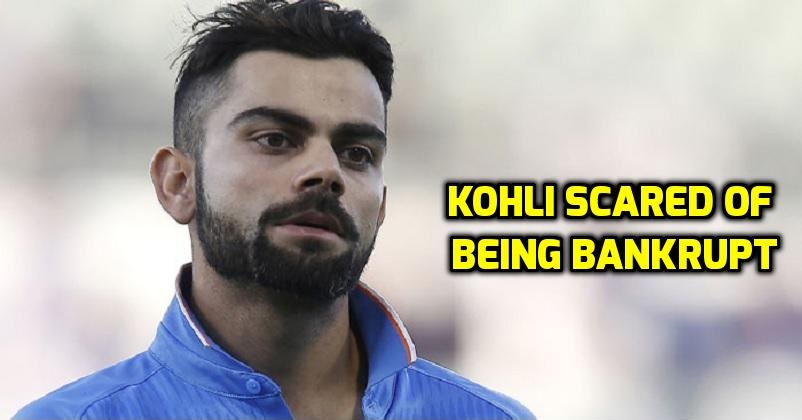 When life gives you lemons, throw it back and ask for chocolate. Well, this might be the case of Virat Kohli. When many of the people aren’t even getting lemons, he might be asking for more, otherwise, how can someone with such a great sports energy, in numerous brands for endorsements be worried about raking in the moolah.

It won’t be wrong to say that this man is in the realm of his career and is famous both on and off the field for his marvellous performance and great looks respectively. Well, all the guys and gals drool over him, and yet he is insecure about his financial standing. He is one major inspiration for our generation and has been considered as the next “God of Cricket”. But if you look into the positive side, he like any normal person want to secure his future and want to save for later.

Recently in an interview with a leading fashion magazine, the superstar cricketer was quoted saying,

“I’ve begun to think about my future. About how to secure it. Money doesn’t motivate me, but it’s important. I’ve gotten accustomed to a certain financial environment. It’s important to sustain that. I’ve seen so many athletes bankrupt at the end of their career. It’s scary”

Well, this shows that after a certain point of time, everyone start worrying about issues like this. So, his concern also seems genuine.

Yuvraj Got Super Angry When Media Asked Him About Virat Kohli ! Watch Video!
Saina Only Said THANK U In Reply To Best Wishes But Had These Replies For Kohli & Kapil