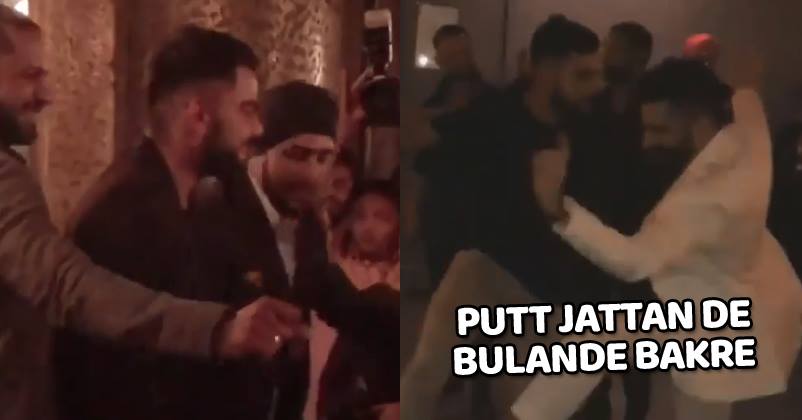 The Indian captain Virat Kohli is back from South Africa after performing superbly and winning the ODI and T20i series over there. Now he can take some rest as he won’t be going Sri Lanka for Nidahas Trophy.

Media always seeks opportunity to click him, especially when he is with his wife Anushka Sharma as they both make one of the most beautiful couples of India. Recently, Virat was seen with Anushka at the Mumbai airport as he went to pick up his gorgeous wife. Later Virat was seen at a tattoo parlour and now a video is going viral which has been posted by a fan page.

The video shows Virat dancing and having a great time at his friend’s wedding. Although Anushka was not seen at the wedding, her parents were present there along with Indian cricketer Shikhar Dhawan who was also seen enjoying the moment. 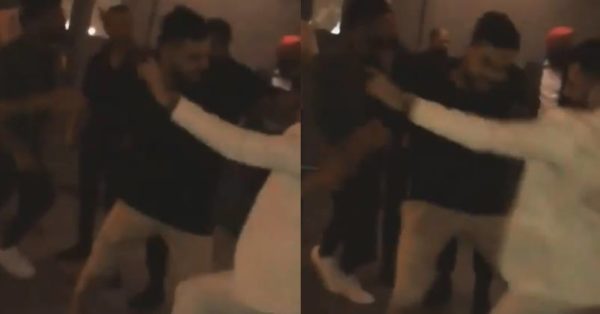 Virat shook his leg and did some really cool bhangra during the celebrations. He also danced at the song “Putt jattan de bulande bakre” and grooved at “Kajra Re” from “Bunty Aur Babli”.

Do click on the “next” arrow to see all the 8 videos:

A visual treat for Virat Kohli’s fans, isn’t it? How did you find his dance moves?

CCTV Captures Heated Argument Between David Warner & De Kock. It Is Being Investigated
Harbhajan Gets A Kiss From Mohammad Kaif And Asks For More. Kaif’s Reply Is Too Good