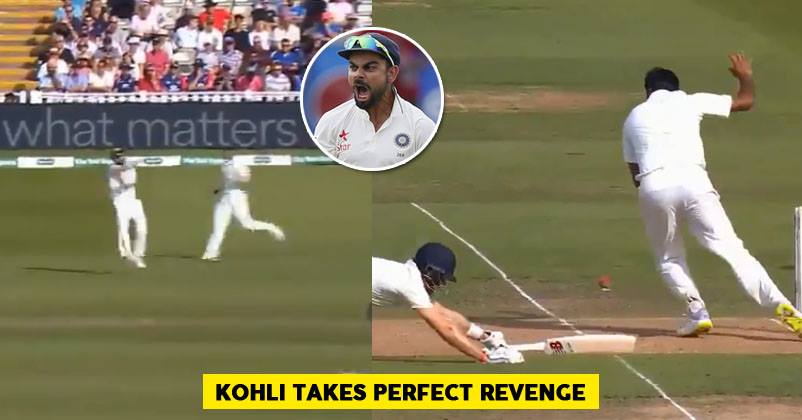 Virat Kohli, the Indian cricket team skipper, is known for his aggressive attitude and he likes to answer his counterparts with not just his bat but his antics as well. 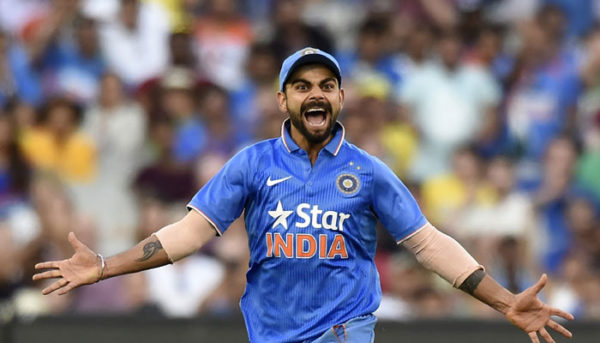 In the first test match against England which is being played at the Edgbaston cricket ground, Birmingham, Kohli took a sweet revenge from Joe Root when he blew kisses and imitated Root’s “mic-drop” celebration after getting him run-out. That was how Joe Root celebrated in the ODIs against India a couple of weeks ago.

Joe Root was going great and it seemed as if he would be completing his century and just then, a direct throw by the Indian skipper got him out on the score of 80. Root and Jonny Bairstow scored 104 runs for the fourth-wicket partnership and England was 216 for 3 when Root got out.

England wasn’t able to carry on the same momentum after Root’s wicket fell and from 216/3, they were 285/9 at the end of the day. England batsman Sam Curran and James Anderson were on the crease with the score of 24 and 0, respectively. 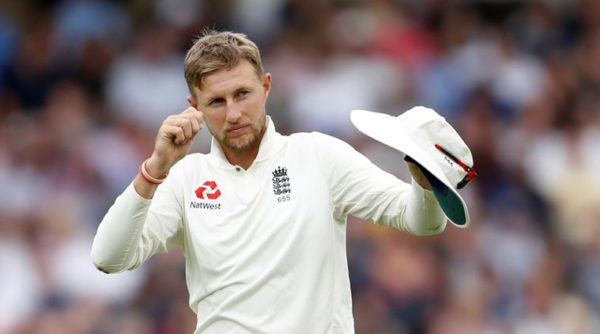 When asked about Kohli’s action of celebrating, England captain Keaton Jennings says that they are fine with his style of celebration as everyone has the right to celebrate the way he wants.

For India, Ravichandran Ashwin was the top wicket-taker with 4 while Mohammad Shami took 2 wickets and Umesh Yadav and Ishant Sharma got 1-1 each.

Let’s see how Indian batsmen perform in the test matches.

Pandya Expressed Love For Dinesh Kartik. Gets A Jealous Reply From His Wife
This Video Of Mumbai Youth Snatching A Man’s Phone & Doing Risky Stunts In Moving Train Goes Viral