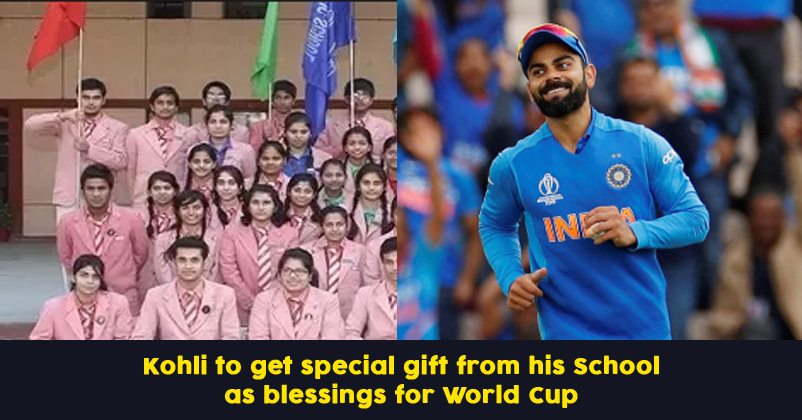 Indian skipper Virat Kohli is looking forward to becoming the third captain after Kapil Dev and Mahendra Singh Dhoni to lift the grand World Cup. He is in England with team blue for ICC World Cup 2019. India played its first match of the championship against South Africa and won.

Although the whole nation is with Virat and his team, his school in New Delhi has decided to send him blessings in a very unique way. Host broadcasters Star Sports tweeted, “The soil from @imVkohli’s school, where he learned to play cricket, is going to London to bless him (sic.),” on Friday.

Kohli completed his schooling till 9th standard from Vishal Bharti Public School in Uttam Nagar, Delhi. He joined West Delhi Cricket Academy when he was in Vishal Bharti. Kohli has spent some very memorable early years on his life in this school so it is very close to his heart.

India will play its second match against Australia on Sunday, 9th June. With most of the players in their forms and last win had increased Indians’ hopes and everyone wishes them “All The Best”.

Shoaib Akhtar Lashes Out At AB de Villiers’ For Offering To Come Out Of Retirement
Gavaskar Is Furious At Indians Who Want To Boycott WC, Says ‘ Think Before You Talk’