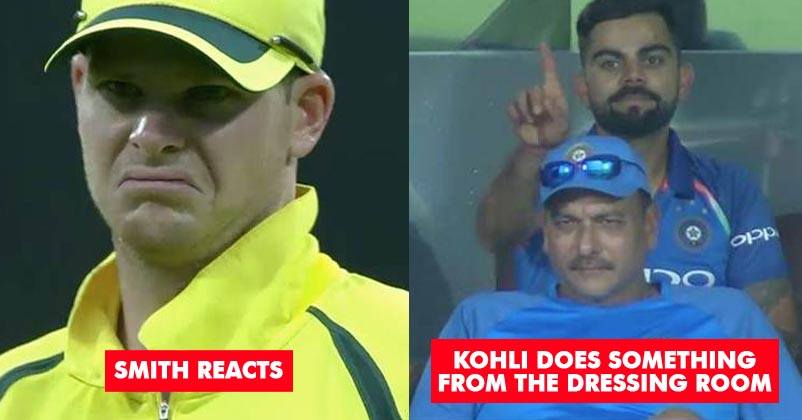 Virat Kohli is one of the most aggressive batsmen of India. We all have witnessed him thrashing the ballers and fielders both with his bat and at the same time his badass attitude. 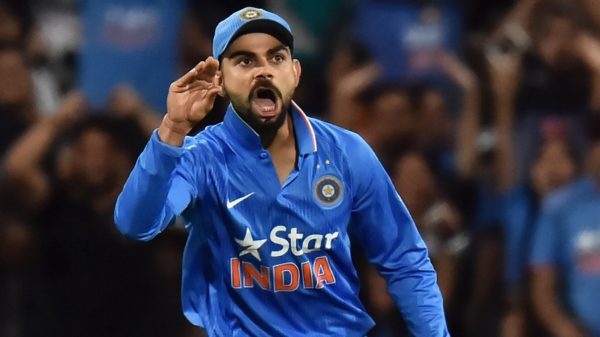 With Australia, his aggression stays several notches high and comes out to be more than what people are used to. He has himself admitted it many times that Australians bring out the best out of him.

In the 1st ODI match against Australia, Virat Kohli failed to show any magic with his bat but he didn’t leave any chance of mocking the opponents.

It was a very crucial match as India had lost its first 5 wickets at a mere score of 87 runs. Hardik & Dhoni handled the situation and brought the team out of big trouble. It was the 45th over the Indian batting and Bhuvneshwar Kumar was batting.

Marcus Stoinis delivered a ball to the off stump channel. Bhuvneshwar tried to strike it down to third man but the ball was too close to cut. Soon it took an inside edge off Bhuvneshwar’s bat and then got deflected onto the pads. 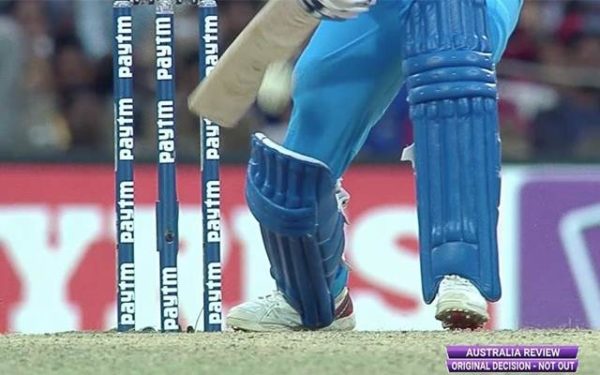 The Australians were convinced that it was an out but the on-field umpire declared it a not out. However, Captain Steve Smith wanted a review and he asked for it. The replays clearly proved that the ball hit the bat first and it was again declared a not out.

As soon as it happened and the Australians lost a review, the camera zoomed towards Virat Kohli sitting in the dressing room. Here Virat was seen moving his body with joy and dancing his way to mock the Australian side for their failed ‘tactical’ review. 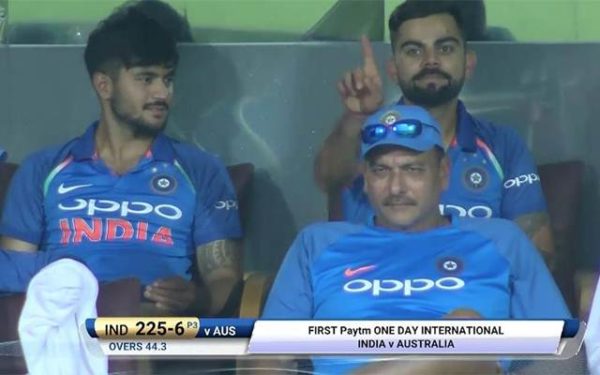 It was such a hilarious moment to witness.

Dhoni Sleeps On The Floor At Chennai Airport! Even BCCI Tweeted About Him!
Pak Journo Said Comparison Between Pandya & Ben Stokes Is Unfair, Got Trolled For A Big Mistake