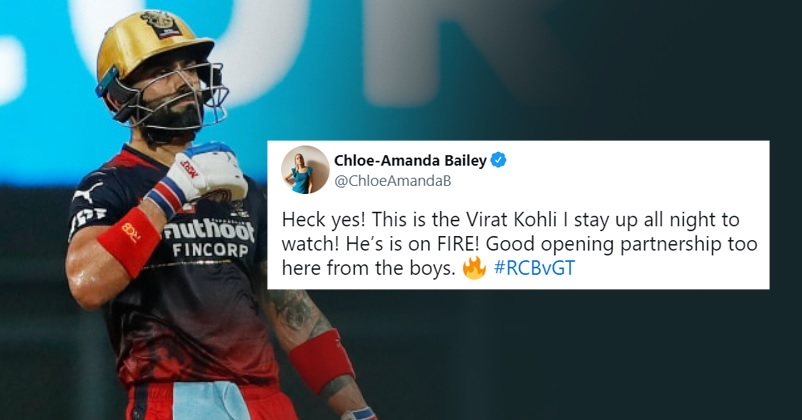 The Indian cricketer Virat Kohli was going through a rough phase for a long time but yesterday in an IPL match which Royal Challengers Bangalore played against Gujarat Titans, King Kohli got his form back as he played a beautiful and smashing innings of 73 runs for which he played 54 balls. 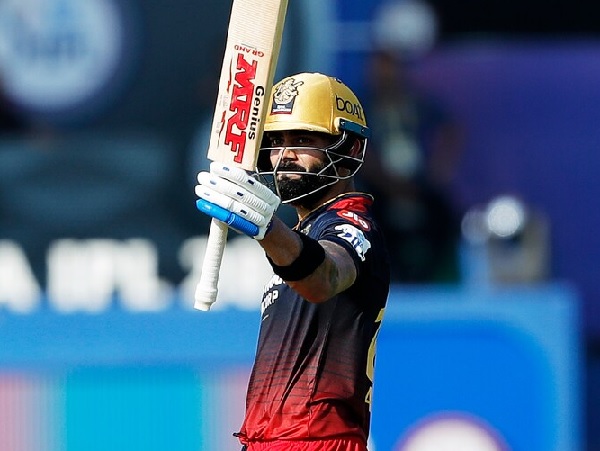 His innings included 8 fours and 2 sixes and with this, he became the first batter to score 7000 runs for a single franchise in the IPL. Kohli has scored a half-century earlier in the first match against Gujarat Titans too but in that match, he scored runs at a very slow rate which ultimately increased pressure on other RCB batters.

In yesterday’s match which was played at Wankhede Stadium, RCB defeated GT by 8 wickets as the former successfully chased the target with 8 balls remaining in its innings and Virat Kohli was adjudged as the Player of the Match for his superb innings. Though Kohli got couple of lifelines, he still deserves all the credit for his wonderful innings and for playing an important role in his team’s win. 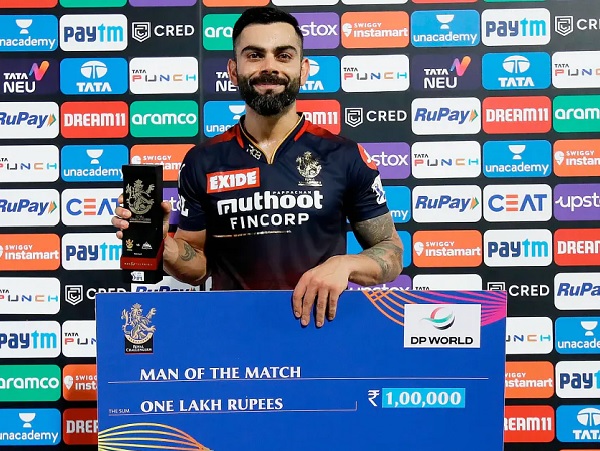 As fans got to see the vintage Virat Kohli in action, they started celebrating and expressed their happiness on the social media platforms. Check out some of the selected reactions:

What a shot to bring his 50 👏 #ViratKohli

It might have come late in the IPL but this is why so many of us backed #RCB early on.

KING FOR A REASON, KING OF ALL SEASONS.

Really happy to see our champ Virat Kohli is back in his ferocious form. #RCBvGT #TATAIPL pic.twitter.com/leaQ9kzwzq

Finally, a very fine innings by #ViratKohli in #IPL and that too in a run chase! Well done champion and well done @RCBTweets . #GTvRCB #RPSwing

Virat Kohli with the Man Of The Match Award. His first since 2020. pic.twitter.com/0iFTKNPTB3

Heck yes! This is the Virat Kohli I stay up all night to watch! He’s is on FIRE! Good opening partnership too here from the boys. 🔥 #RCBvGT

Some saying the King is back, others know he never really left 😉👑 #RCBvGT #ViratKohli𓃵

Virat Kohli said "Mumbai will be having 25+ extra supporters for the Delhi game (Big laugh)".

Virat Kohli said, "the kind of support I've got from the fans throughout the IPL, I'm forever grateful for that. I've been blessed with a lot".

When Virat Kohli said he will play for RCB forever, he meant it.
7K runs and counting ❤️ pic.twitter.com/3iQZmjbXOJ

Virat Kohli will rule again ! He will peak again!!!

As far as the match is concerned, GT won the toss and chose to bat first but it had a poor start as the opener Shubman Gill departed for just 1 run and soon Matthew Wade also got dismissed for just 16 runs (13 balls, 2 fours and 1 six). Hardik Pandya led from the front as he scored 62 runs not out (47 balls, 4 fours and 3 sixes) and he was well supported by Wriddhiman Saha (31 runs, 22 balls, 4 fours and 1 six) and David Miller (34 runs, 25 balls, 3 sixes). 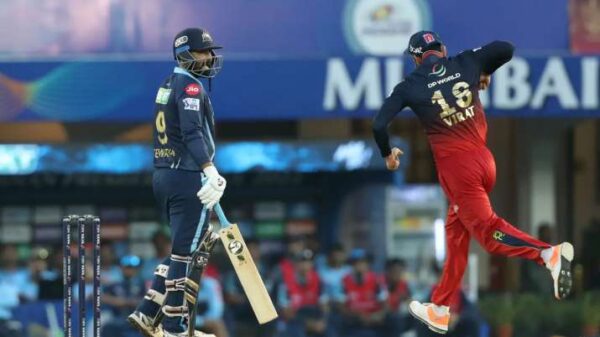 GT managed to put up a total of 168/5 on the score board and in response, RCB had a great start as the openers Virat Kohli and Faf du Plessis (44 runs, 38 balls, 5 fours) put up a partnership of 115 runs for the first wicket. Glenn Maxwell also played a blistering knock of40 runs (18 balls, 5 fours and 2 sixes) and RCB comfortably won the match which was a must-win for them to keep the chances of entering the play-offs alive.

Virat Kohli getting back in form is certainly good news for his ardent fans and the selectors too because he is an integral part of the Indian team. Now it will be interesting to see if RCB will get to enter the play-offs. What do you think?