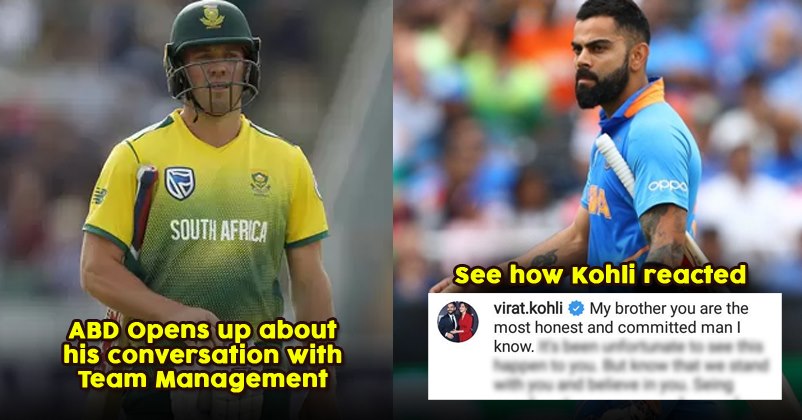 AB de Villiers was quite in controversy when he was not a part of the 2019 World Cup team. He was in demand for the South African squad. Fans were highly disappointed when the South African team only managed to win three matches and lost 5. Absence of AB de Villiers let some fans to believe that things would have been different for the team.

There is no denying that things would have been a bit different for the South Africa team. AB de Villiers broke a lot of hearts when he took retirement from all form of international cricket in May 2018. He said that the reason being he wanted to spend more time with his family. Nevertheless, he was asked to join the World Cup team, and he said he would if he was required.

When South Africa lost a couple of matches in a row, rumors started coming forward saying that AB de Villiers only made him have available 24 hours before the Tournament. This matter was quite controversial, and AB De Villiers took quite a lot of heat from his fans. Now that the South Africa team is back home, he posted a heartfelt message on Instagram explaining about the whole situation. He mentioned in the post that he never offered to join the team.

A lot of people and even cricketers took down to the post and reply to his heartfelt message on all the social media platforms people. People came forward and supported him in every way possible, among them was Virat Kohli. Virat Kohli posted a comment on De Villiers Instagram post that said that he is is always standing by his side and so is his wifey Anushka Sharma. The message was so cute that it soon grabbed eyeballs. 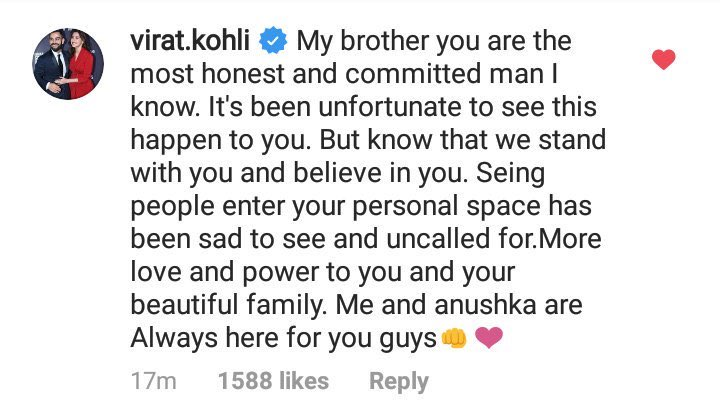 Virat is the best, isn’t he?