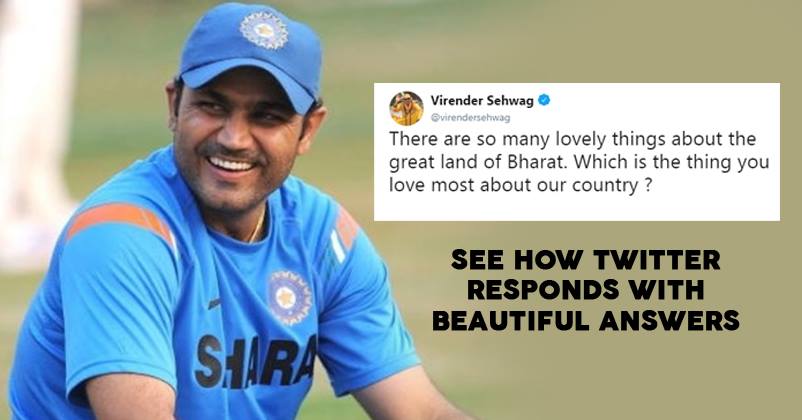 Virendra Sehwag has been Indian Cricket’s one of the greatest batsmen. People have really enjoyed his cricket, his grand sixes and amazing strike rate.

Even though Sehwag no more plays the cricket, he stays connected with fans through Twitter. 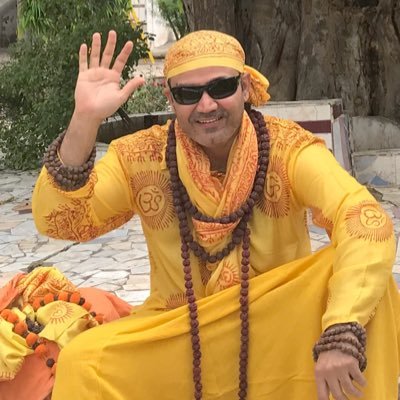 The former Indian batsman recently took to the microblogging site and asked fans a simple question. He asked his Indian fans what they love most about the country.

There are so many lovely things about the great land of Bharat. Which is the thing you love most about our country ?

There are so many lovely things about the great land of Bharat. Which is the thing you love most about our country ?

Now Sehwag has a huge fan following. Once he put out the question right in front of them, it became a topic of discussion and people started coming up with interesting replies. Here’s how they reacted-

Many religion, many language, many culture, many food despite still we are living in a country whose name is INDIA 🇮🇳

Each and every bit of things that connects me with my bharat! Makes me to realize my identity as Indian only 🙏

All the people in india have one common element that is 'JUGAD(जुगाड़ू)' which is very prevalent in india wherever you go..

Unity in so much diversity

Sir our Culture, our Hospitality and our Humble upbringing , coz all these things make us strong , happy and grounded 😍😍😍 #MeraBharatMahan 🙏🙏🙏

All indian people❤️❤️……… whatever happens in b/w us it doesn't matter when it comes to our fraternity 😊😊 ..and our innocence while covering our mistake😂😂

Now we ask you the same question. Tell us what do you like about India the most?

Continue Reading
You may also like...
Related Topics:virendra sehwag